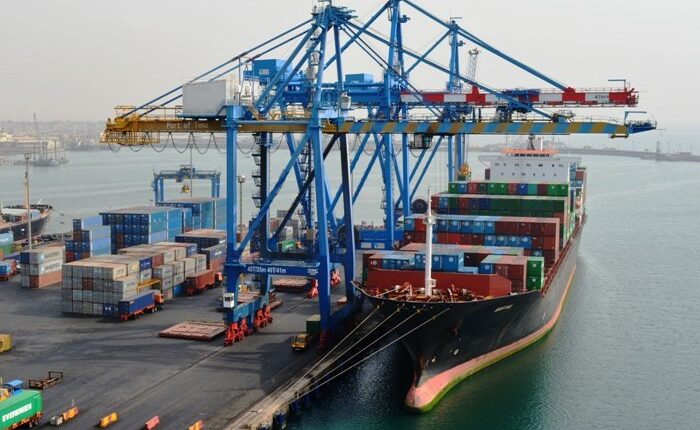 Trade between Ghana and India is on the path of recovery after plummeting in 2020 as result of the Covid-19 pandemic.

After dropping by nearly a half from the shocks of the pandemic, trade volumes between Ghana and India, which stood at $4.5 billion before the pandemic, recorded about 15 per cent gains from $2.3bn to settle at a current value of $2.7bn.

These were made known by Mr Sugandh Rajaram, India’s High Commissioner to Ghana, at a formal reception in Accra Monday night to mark India’s 75th independence anniversary.

Mr Rajaram said businesses were showing resilience after the pandemic and expressed hope that trade between India and Ghana would hit the $5bn mark in the immediate future.

“India has been one of the largest trade and investment partners of Ghana. Before the pandemic, we had achieved more than $4.5bn of bilateral trade.

“But during the pandemic, the whole trade was almost halved to $2.3 bn. But post-pandemic, even after the challenges, we have increased our bilateral trade by 15 per cent to $2.7bn dollars,” he said.

On August 15, Indians celebrate Independence Day to mark the end of British rule in 1947 and the establishment of a free and independent Indian nation.

On Monday morning, the Indian community in Ghana marked their country’s Independence Day in Accra, with a flag-raising ceremony organised by the Indian High Commission in Ghana.

Through music, choreography and drama, the Indian Community showcased India’s rich culture and paid homage to its forbearers whose struggles and efforts led to the country’s emancipation.

“From brothers in arms in our struggle against colonial operation, India and Ghana have worked together in our nation relief efforts in each other’s countries,” he said.

He said Indian businesses had stepped up efforts to export their crops, technologies, skills and services to Ghana.

Mr Rajaram said last year, India increased its export to Ghana by more than 30 per cent from $850m to $1.1bn dollars.

Mr Alan Kyerematen, the Minister for Trade and Industry, said the efforts of the founding fathers of Ghana and India led to strong bond of friendship between Ghana and India, which had been sustained for decades.

He said Ghana was one of the top three African recipients of India’s Line of Credit, adding that India had been participating in Ghana’s development by providing assistance in setting up projects in the country.

“These investments have undoubtedly contributed immensely to the Ghanaian economy with the creation of employment for Ghanaians and the strengthening of the private sector,” Mr Kyerematen said.

He urged Indian manufacturing industries in Ghana to take advantage of the African Continental Free Trade Area (AfCFTA) agreement to expand their trade on the continent.

British rule in India began in 1757 when, following the British victory at the Battle of Plassey, the English East India Company began exercising control over the country.

The East India Company ruled India for 100 years until it was replaced by the British Crown in the wake of the Indian Mutiny in 1857–58.
The Indian independence movement began during World War I and was led by Mahatma K. Gandhi, who advocated for a peaceful and nonviolent end to British rule.