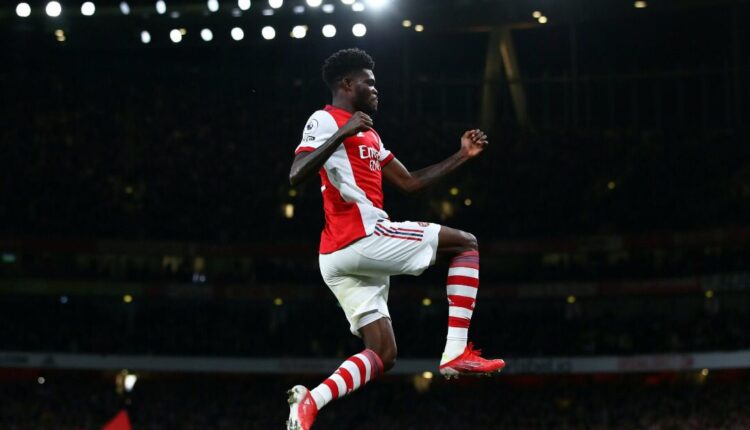 Partey opened the scoring for Arsenal with a powerful header in the 23rd minute of the game played at Emirates.

Arsenal went on to win 3-1 with other goals from captain Pierre-Emerick Aubameyang and Emile Smith Rowe.

The goal has come in his 40th appearance for the Gunners since his debut in October last year.

The midfielder joined the Gunners in a transfer deal worth a little over 50 million euros from the Spanish side Atletico Madrid.

The Black Stars’ vice-captain is on some form for Club and country having bagged 3 goals in the last 4 matches for Club and Country.