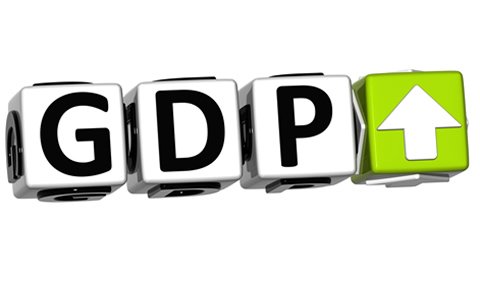 Ghana’s year-on-year Real Gross Domestic Product growth rate for the third quarter of 2018 fell to 7.4 per cent compared to 8.7 per cent recorded for the same period in 2017, the Ghana Statistical Service said on Wednesday.

Acting Government Statistician, Baah Wadieh, told a press briefing that the industry sector recorded the highest growth of 11.7 per cent, the agriculture sector 5.5 per cent and services with 3.5 per cent.

The non-oil provisional 2018 Q3 year-on-year Real GDP growth rate is 8.5 per cent compared to 4.9 per cent recorded for the same period last year.

Meanwhile, the Producer price inflation fell to 6.5 per cent in November from 7.2 per cent in October, because of a fall in the manufacturing sector.

Inflation in the mining and quarrying sector, which includes gold production, was slightly up at 4.7 per cent, a 0.3 percentage points over the October rate of 4.4 per cent.

Inflation in the manufacturing sector, which constitutes more than two-thirds of total industry, decreased by 1.1 percentage points, to 8.6 per cent, Mr Wadieh said.

The Utilities recorded an unchanged inflation rate of -0.1.