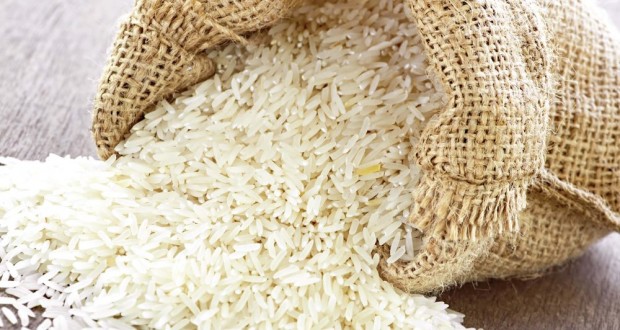 Ghana to end rice importation in next five years – AGRA

Ghana could stop rice importation in the next five years, according to Odiasempa Antwi Obugyei II, a rice seedling producer for the Alliance for a Green Revolution in Africa (AGRA).

He said with the right structures in place for continuous progress of the government’s Planting for Food and Jobs (PfFJs) programme implementation, Ghana could reach the level of food self-sufficiency sooner than ever thought.

This is because all the essential factors such as land, improved quality seed for rice and food crops, access to modern farming technology being provided by Ministry of Food and Agriculture (MoFA)/AGRA and other governmental support for processing and marketability were all available to attain maximum production of food items, particularly in the rice and cassava value chains, he said.

Odiasempa Obugyei II was speaking in an interview with the Ghana News Agency at his rice seedling production site at Ejura in the Ejura-Sekyedomase Municipality of the Ashanti Region.

He was a member of an AGRA Team that undertook a day’s field trip to its project sites in the Asante Mampong and Ejura-Sekyedomase Municipalities and Atebubu-Amantin Municipality in the Bono East Region.

It was to monitor the progress and impact of the projects as contributions to government’s strategic framework for agriculture and strengthening production sector delivery system to improve productivity with the goal to doubling incomes for smallholder farmers to eradicate poverty.

In a broader sense, the projects aim at improving farmers’ income, food security/safety in the Northern, Brong-Ahafo, Volta, Ashanti and the Central Regions through enhanced rice production and marketing systems.

Another major objective of the projects is to “increase rice productivity for smallholder farmers, strengthen and expand access to output markets, increase capacity of smallholder farming households and agricultural systems to better prepare for and adapt to shocks and stresses, strengthen continental, regional and government multi-sectoral coordination and mutual accountability in the agricultural sector”.

Odiasempa Obugyei II, also the ‘Kurotirehene’ of Ejura, emphasized that the country had enough land for food production, saying “we just have to train and push our farmers, so that between now and the next three years, many people will have the interest to come into farming because harvesting and clean processing is no more a challenge,” he added.

He said the AGRA project was expected to produce 1,700 metric tons of high-quality rice this year adding that the varieties included perfumed fragrant and the cylinder type just like what is being imported, hence there would not be the need for the country to import rice again in the next few years.

This would enable the government to achieve the rice sub-sector goal of becoming self-sufficient in its production to improve the livelihoods of 128,763 farmers by 2020, he said.

Mr Foster Kwame Boateng, AGRA Regional Head for West Africa, revealed in another interview that to facilitate the successful implementation of the government`s One-District-One Factory Programme, AGRA in collaboration with government was training cassava processors to drive the cassava value chain and enhance sustainable market that could push processors to improve production.

The AGRA cassava seed multiplication project, he said, would be capable of producing 6,000 metric tonnes of cassava varieties per day for human consumption and starch production to assist in making the government`s PfFJs a reality, he said.

Ghana subjects itself to corporate governance peer review for AfCFTA