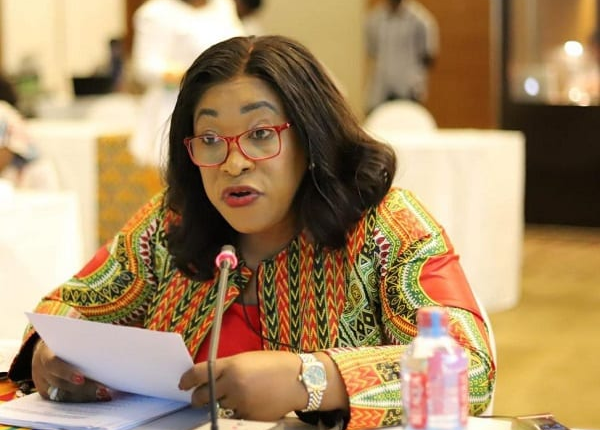 The Minister for Foreign Affairs and Regional Integration, Shirley Ayorkor Botchwey, has stated that Ghana will not recognise any annexation of Ukrainian territories by the Russian Federation.

Miss Shirley Ayorkor Botchwey made these comments on the back of Russia’s self-styled vote of a referendum, which is taking place from today, September 23, over five days to cement its grip on territories it occupies in eastern and southern Ukraine (Zaporizhzhia, Kherson, Donetsk and Luhansk).

Addressing a special meeting of the United Nations (UN) Security Council on the maintenance of the peace and security of Ukraine in New York City on Thursday, September 22, the minister noted that Ghana remains committed to its position that the Russian invasion of Ukraine is in breach of international law and unjustified.

“We have expressed several times our principled position against the aggression on Ukraine, which we consider to be a disregard for the rules of international law and the principles of the charter (UN Charter).

As a sovereign state and a member of the UN, Ukraine “has every right we believe and indeed, a responsibility to defend its territorial integrity and political independence,” Miss Botchwey said.

“Ghana does not and will not recognise any territory that is unilaterally and forcefully acquired as dismembered from a sovereign entity,” Miss Botchwey emphasised.

She reiterated Ghana’s call “on the Russian Federation, to immediately and unconditionally seize its operations, withdraw its troops from the internationally recognised borders of Ukraine” and to respect its western “neighbour’s sovereignty and political independence”.

“The need for a credible pathway for a genuine diplomatic process is urgent. The barrel of the gun does not provide such a pathway.

“It only leads to needless loss of lives and destruction on both sides. Indeed, the cost of the war has been high, not only for the parties but also for the rest of the world,” she explained.

Russia President Vladimir Putin announced on Tuesday, September 21, 2022, a “partial mobilisation” of Russian citizens in what would see 300,000 reservists called up, according to the Defence Minister of Russia, Sergei Shoigu.

Putin, in his announcement, said those with military experience would be subject to conscription and stressed that the decree, which was already signed, was necessary to “protect our homeland, its sovereignty and its territorial integrity.”

Seven months after Russia’s invasion began, Vladimir Putin is on the back foot. Ukraine’s counter-offensive has recaptured swathes of territory seized since the February 24 invasion.

A vote on annexation is one of three steps taken by the Kremlin in an attempt to reset the war.

By annexing another 15% of sovereign Ukraine, Russia will be able to claim its territory is under attack from weapons provided by the North Atlantic Treaty Organisation(Nato) and other Western countries in Ukraine.

By calling up 300,000 extra troops, it can defend a front line of 1,000km (620 miles). The Kremlin has also criminalised desertion, surrender and going absent without leave during mobilisation.