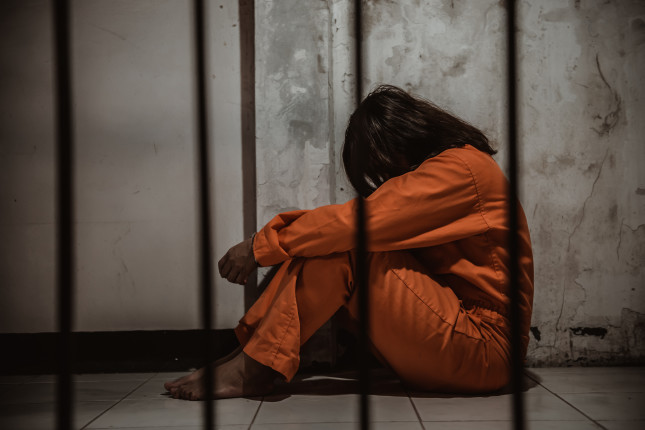 A Ghanaian woman has been sentenced to nearly six years in the United States after she was found guilty for her involvement in a multimillion-dollar money-laundering conspiracy.

She was extradited from Ghana to the US on August 21, 2020, to face trial for her involvement in the crime.

Audrey Strauss, the United States Attorney for the Southern District of New York, announced that Mensah was sentenced to 70 months in prison for her participation in a conspiracy to launder millions of dollars of fraud proceeds from business email compromises and romance scams that targeted the elderly from at least in or about 2014 through in or about 2018.

According to the Indictment and other public filings in the case:

From at least in or about 2014 through in or about 2018, MENSAH was a member of a  criminal enterprise (the “Enterprise”) based in Ghana that committed a series of business email compromises and romance scams against individuals and businesses located across the United States, including in the Southern District of New York.

The objective of the Enterprise’s business email compromise fraud scheme was to trick and deceive businesses into wiring funds into accounts controlled by the Enterprise.

The fake email accounts were used to send instructions to wire money to certain bank accounts and also included fake authorization letters for the wire transfers that contained forged signatures of company employees.

The Enterprise conducted the romance scams by using electronic messages sent via email, text messaging, or online dating websites that deluded the victims, many of whom were vulnerable older men and women who lived alone, into believing the victim was in a romantic relationship with a fake identity assumed by members of the Enterprise.

Memsah and her co-conspirators received or otherwise directed the receipt of over $10 million in fraud proceeds from victims of the Enterprise into bank accounts that she and other members of the Enterprise controlled in the Bronx, New York.

Mensah opened and maintained multiple business bank accounts in the name of an auto sales company to receive funds stolen from victims and launder them to co-conspirators based primarily in Ghana.

She also recruited and directed one co-conspirator to receive and launder fraud proceeds and instructed that co-conspirator on how to set up a business bank account for this purpose to avoid detection.

Each of the defendants was sentenced by Judge Cote.

Ms. Strauss praised the outstanding investigative work of the Federal Bureau of Investigation and the Internal Revenue Service, Criminal Investigation.  Ms. Strauss also thanked the United States Marshals Service, the FBI Legal Attaché in Accra, Ghana, U.S. Customs and Border Protection, the Ministry of Justice & Attorney General’s Office of Ghana, and Ghana’s Economic and Organised Crime Office, for their assistance in this case.

The U.S. Department of Justice’s Office of International Affairs of the Department’s Criminal Division provided significant assistance in securing the defendant’s extradition from Ghana.

The prosecution of this case was handled by the Office’s Complex Frauds and Cybercrime Unit.

Assistant United States Attorneys Sagar K. Ravi and Mitzi Steiner were in charge of the prosecution.