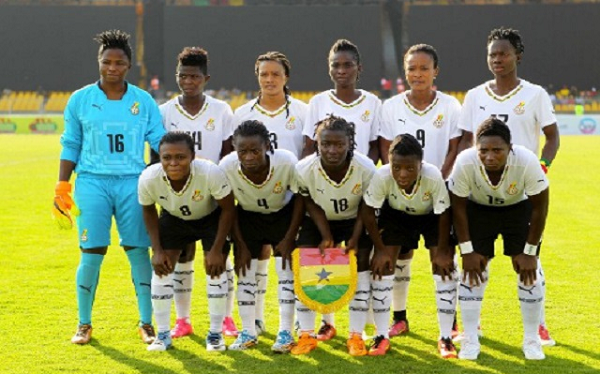 The sixth edition of the FIFA Under-17 Women’s World Cup kicks off on Tuesday in Uruguay, with Ghana and 15 other teams from six confederations, grouped into four, challenging to wrest the prestigious trophy from holders, North Korea.

None of the four groups looks easy and an intriguing campaign has been lined up in the group campaign where hosts, Uruguay, Ghana, Finland, and New Zealand will battle it out in Group A.

Brazil, Mexico, Japan, and South Africa face off in Group B, with Group C made up of holders North Korea and two former champions, USA and Germany, with Cameroun completing the list.

While there is no doubt that a lot of the attention will be on Group C where three past winners battle it out, the interest of Ghanaians will be on the Group A encounters, where Ghana’s Black Maidens begin their quest for honours with an opening game with the host team.

The Maidens have played in all the previous five editions, coming out strongly as bronze medalists in 2012 and quarter-finalists in 2014 and 2016.

At the upcoming tournament, Coach Evans Adotey has set, at least, a quarter-final target and believes his young girls are capable of achieving that and are bracing themselves up for a tough challenge, especially against Uruguay on Tuesday.

The Maidens camped at the Ghanaman Soccer Centre of Excellence at Prampram and only travelled to Brazil for pre-tournament camping where they engaged in two friendlies matches — a 4-0 win against a Brazilian club side, America FC, and a 1-2 loss to Cameroun in Sao Paulo last Tuesday — before emplaning for the Uruguayan capital of Montevideo yesterday.

Despite not getting enough trial matches, Coach Adotey is very familiar with the challenges at this level, having led the Maidens to their two previous tournaments and will count on his rich experience to take Ghana far.

With their exposure in Sao Paulo, Adotey should be in a position to inspire his side to scale the Uruguay hurdle and then go all out in their subsequent group games against New Zealand and Finland.