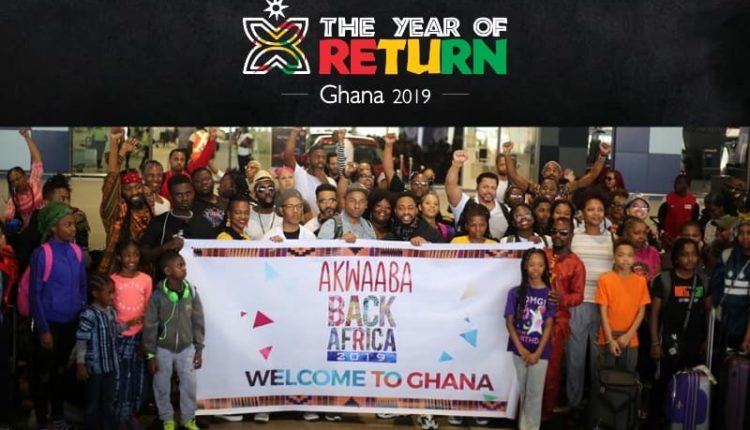 The Ministry of Tourism, Arts and Culture has revealed that a total of $1.9 billion has been pumped into the economy through activities related to the “Year of Return. ”

Direct and indirect activities that contributed to the estimated figure include air travel and transport fares, hotel accommodation and a long line-up of events such as Gold Coast Experience, X Concert, the Creative Arts show and Ghana Festival of Light.

According to the ministry, specifically 18 per cent in international arrivals from the Americas, Britain, Caribbean and other key countries recorded while total airport arrivals increased by 45 per cent over the period of the year.

The estimated spending of tourists has seen a significant increase from $1,862 in 2017 to the current figure of $2,589 per tourist, with the impact of tourism on the economy estimated to be about $1.9 billion.

According to the sector minister, Barbara Oteng-Gyasie the numerous activities witnessed in the course of the year resulted in an increase in tourism sector spending with most major hotels being at a 100 per cent occupancy during the climax of the Year f Return activities in this month.

Emphasizing the significance of the “Year of Return”, the sector Minister said, “there has been improved relations between the country and the African diaspora. ”

The Minister of Tourism also mentioned the “Year of Return” had cemented Ghana’s pan-African legacy and had put a global spotlight on the country.

This, according to the minister has helped position the country as a historic, cultural and vibrant hub as well as changing the narrative of what was reported about Ghana and the rest of Africa in general.

Mrs. Oteng-Gyasi assured the general public that the government is working hard to ensure the country derived optimum benefits from the sector to accelerate the development of Anomabo and indeed the country at large.

She thus urged the community to take full advantage of it.

Story By Gloria KAFUI Ahiable / info@theghanareport.com
Barbara Oteng-GyasiGhanaGhanaiansMinistry of Tourism Arts and CulturenewspaperYear of return
You might also like
Business