The GHEITI has enhanced the demand side of social accountability, created a platform for public debate, and helped in identifying gaps and weaknesses in resource revenue management and the need for improvement in the area.

These have largely contributed to the somewhat sanity in the oil and gas sector as against conflict, underdevelopment, and resource curse in some natural resources space: gold and other minerals.

Dr. Manteaw speaking at the stakeholder’s engagement and dissemination of the report on the oil and gas sector for the period 2017 and 2018, said Ghana must begin focusing the same lenses on the gold sector, rectify some mistakes and give hope to future generations.

“Unfortunately, we have not gone back to rectify the mistakes in the mining sector, no structures for royalties or fund allocation for future growth unlike the oil and gas sector where the oil stabilization fund is working…we are continuously neglecting intergenerational interest”.

The Ghana Extractive Industries Transparency Initiative report on the oil and gas sector for the period 2017 and 2018 was revealed during a stakeholder’s dissemination workshop in Takoradi.

Meanwhile, 2019/2020 reports had been affected due to the pandemic and delay in the preparation of audited reports by participating business entities.

The report, generated by the Messes Boas and Associates for the GHEITI mentioned that total crude production from the three producing fields; Jubilee, Sankofa-Gye Nyame, and TEN in 2018 was 62,770,787 barrels compared to 58,659,625 barrels in 2017.

The GNPC received $ 201.10 million for equity financing and $104.14 million as a share of the net carried and participating interest.

The Ghana Heritage fund received $131.02 million in the year under review.

The rest were; training fees and Technology allowance, permit and processing, and gas revenue.

Alhajis Bashiru Mohammed, of the Ministry of Finance, said the Ministry would continue to support improving the sector.

He said creating the right linkages was Paramount to handle some weaknesses in the sector for improved transparency.

State of Women in mining and in Mining communities

In an exclusive interview, the Associate Executive Director of the Wassa Association of Communities Affected by Mining, WACAM, Mrs. Hannah Owusu-Koranteng touched on successes chalked up in line with protecting the rights of women in the mining sector. 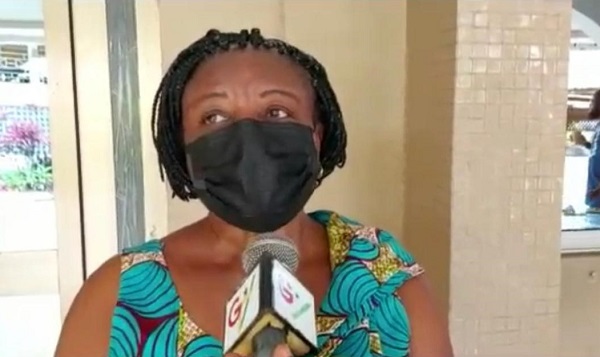 She said in the EITI setup, “there is a gender-segregated report which will form part of the 2019 and also part of subsequent reports in a bid towards ensuring that women who form part of the vulnerable group that bears the brunt of mining activities will be protected.”

Ghana, others to benefit from AfDB Circular Economy facility