President Nana Akufo-Addo and the Ghana Integrated Aluminium Development Corporation (GIADEC) have made claims intending to show how plans to mine Atewa Forest for bauxite abide by Ghana’s laws and international best practices for protecting the environment and people’s rights.

Notwithstanding these assertions, current evidence and available information suggest clear failures in meeting these commitments, while certain claims remain unsubstantiated.

GIADEC claims it will adhere to the highest international best practices on responsible and sustainable mining of bauxite. However, the decision to target an ecologically sensitive watershed like Atewa Forest, is against the tenets of international best practice to start with and not in any way sustainable or responsible. The Akyem Abuakwa Traditional Council in 2012, averred that the Atewa Forest is the right lung of Ghana. This forest still remains the hydrological and biodiversity gem of Ghana and any plans to turn it into a mine pit can never be responsible or sustainable.

2. Initiating a key extractive industry without a SEA, contrary to national best practice

Local communities, civil society organizations, and international NGOs have made repeated calls for the government to undertake a Strategic Environmental Assessment (SEA) of the whole aluminium development project. The bauxite mining agenda is going to be one of the most destructive ventures targeting Ghana’s most sensitive and invaluable habitats and ecosystem services. Unfortunately, all indications confirm that the SEA for Ghana’s Integrated Aluminium Development Agenda will never happen.

3. Consistently misinforming the public about the availability of an Environmental Impact Assessment

GIADEC has stated several times over the past 18 months it is about to conduct an EIA through Ghana’s EPA, but still, no EIA has taken place. On the 21st of June 2019, the Minister for Lands for Natural Resource Management declared in the media that an EIA already exists for Atewa. Furthermore, Stage 3 of the Convention on Biological Diversity’s (CBD) EIA process is an “Assessment and evaluation … to predict and identify the likely environmental impacts of a proposed project or development, including the detailed elaboration of alternatives” and stage 6 is for “Decision-making on whether to approve the project or not”, making it clear that the EIA must come before any decision is made on a proposed project. The ‘development of alternatives’ will be very critical, and the Coalition of NGOs Against Mining in Atewa is willing to bring ideas to contribute to this if invited to do so.

4. Conducting prospecting in a sensitive environmental area without an EIA contrary to regulations 1652 of the EPA

On 7 October, the CEO of GIADEC confirmed that the ‘mineral resource estimate’ has already been undertaken in the Atewa Forest, which is BEFORE any EIA has been undertaken. This work included clearing forest patches and drilling 53 exploration boreholes. 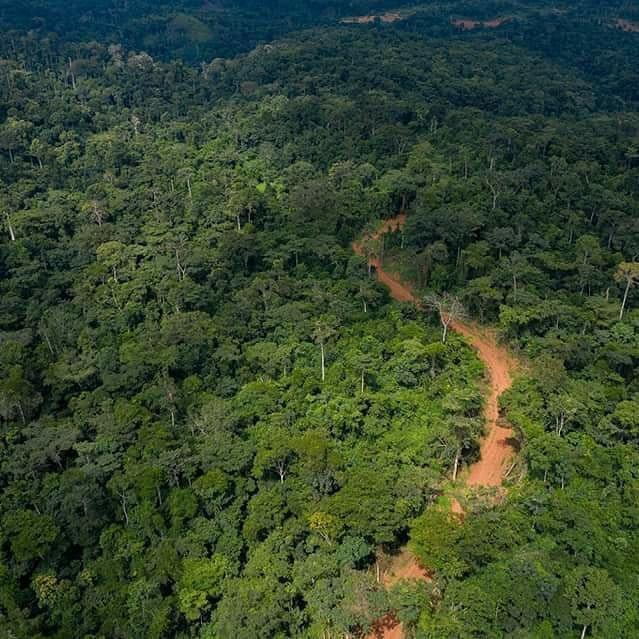 This is despite Ghana’s Regulation 1652 of the EPA that requires an EIA prior to any prospecting activities in sensitive environmental areas. Regulation 3 of Ghana’s Environmental Assessment Regulations (1999) mandates an EIA for “conversion of hill forest land to other land use”. GIADEC is cutting corners by flouting Ghana’s regulations in its haste to mine the Atewa Forest, a place they agree is sensitive for water services and biodiversity.

5. Non-compliance with Ghana’s laws on exploration and mining in protected forest reserves

The proposed bauxite mining in Atewa Forest is targeted at locations that are legally protected from mining due to its status as a Protected Forest Reserve. This means that prospecting for minerals in protected forests is also prohibited according to the Environmental Guidelines in Mining in Production Forests. GIADEC’s plans are disrespecting all existing guidelines on mining in production reserves in this country.

6. Elite Capture from day one and refusal to engage public on Bauxite development agenda.

GIADEC’s community consultations have only included elite individuals and handpicked groups in violation of community rights. The Aluminium Stewardship Initiative’s (ASI) Performance Standard that GIADEC is claiming compliance with requires GIADEC to openly consult affected communities “to obtain their free prior and informed consent to the approval of any project affecting their lands or territories and other resources’.

Despite this, consultations have been restrictive. Evidence from the forest communities confirms that GIADEC’s 7 October 2020 engagement at Asiakwa for the GIADEC committee’s inauguration did not give any opportunities for community members to ask questions and that the committee members were not voted in by the community. Instead, they were handpicked to include elite state institutions that do not necessarily represent the interest of the communities.

7. There is still no sustainable technology for mining bauxite without destroying the forest

Ghana’s President, Nana Addo Dankwa Akufo-Addo, and GIADEC as always state the proposed bauxite mining will use sustainable and responsible mining practices but still have not said what these are. GIADEC’s CEO suggested there are examples of best practices where forest reserves have been mined and rehabilitated and that GIADEC would draw on those to minimize environmental and social impacts.

He then identified strip-mining ‘to reduce noise, dust, and the mining footprint’. In fact, strip mining is the only technique available for mining Ghana’s bauxite due to its closeness to the surface, but it does not reduce dust or minimize the mining footprint. We are not aware that any sustainable technologies for bauxite mining exist for mining Atewa’s bauxite.

8. GIADEC not committed to any international best practice of Responsible bauxite mining.

Throughout 2019 and 2020, GIADEC has stated its commitment to responsible mining and best practice world standards. but has never publicly confirmed which standards it is committing to. On its website, it states “The development of the aluminium industry in Ghana will be in compliance with the Aluminium Stewardship Initiative and its standards”. However, GIADEC has already displayed non-compliance. The statement on the website also suggests it will comply in the future but, with so much work already completed, it should have been complying long ago. This failure is why communities’ rights are being ignored, transparency is being undermined, and Ghana’s laws and international standards are already being flouted.

9. GIADEC not truthful about the impact of bauxite mining on forest integrity and water resources. 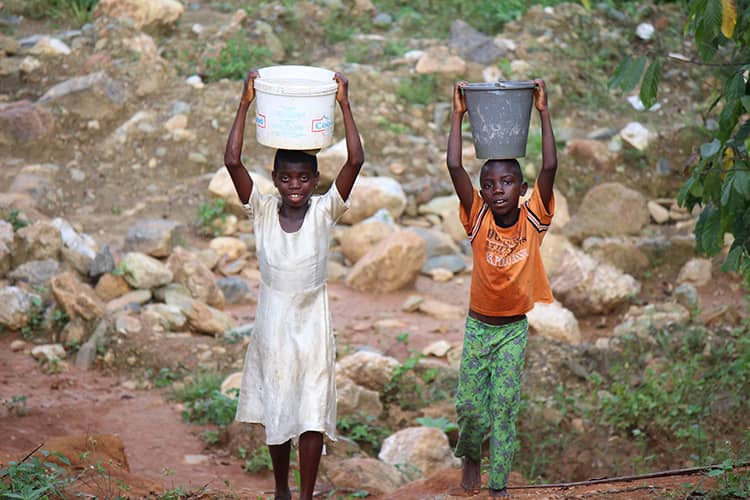 GIADEC has not been open about the real impacts bauxite mining will have on the area. These include removal of trees that provide ecosystem services such as mitigating climate change, protecting land from erosion, and providing the many resources that communities rely on for their livelihoods and subsistence; pollution of the clean water sources that 5 million Ghanaians rely on every day; and that bauxite mining will result in toxic dust that causes respiratory diseases and poison water sources, affecting communities living downstream and depending small rivers and streams from the forests.

10. Concluding on a Green and Sustainable Option

To conclude, GIADEC can make the Ghana Integrated Aluminium development agenda responsible and sustainable by respecting the ecological and hydrological sensitive nature of Atewa Forest and staying away. 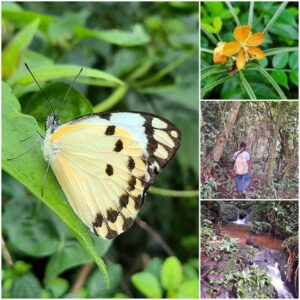 Opportunity for a green development focus will be to exchange the bauxite security of the Sinohydro deal with carbon and ecosystem services as security, and secure green investments through green bonds from several partners including China, to support the alternate aluminium industry in Nyinahin while securing Atewa and further developing green businesses that are compatible and enhance the ecosystem services of water provisioning and biodiversity conservation as well as climate amelioration. Atewa Forest remains the right lung of Ghana. We must do whatever it takes to save it, rather than turning it into a mine pit.