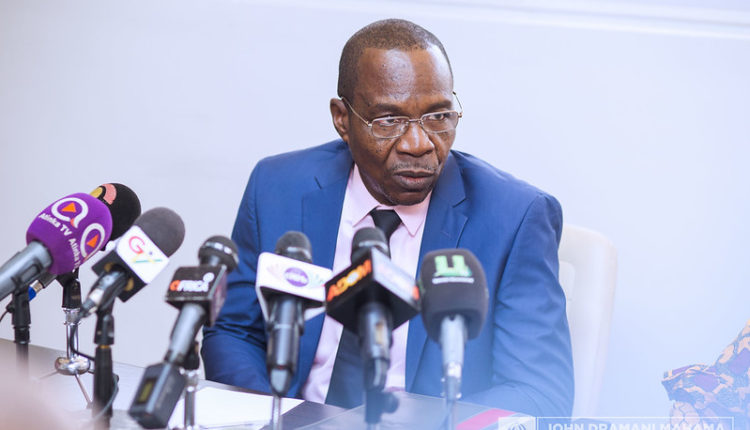 And in honour of his memory, a Book of Condolence will be opened at the Ghana International Press Centre (GIPC) in Accra on Wednesday, October 30, 2019.

The GJA body says his sudden demise is a big loss to the media fraternity in Ghana and the nation as a whole.

The GJA President, Affail Monney in a signed statement describes the veteran journalist as kindhearted, selfless and a dedicated man who endeared himself to many people, both young and old.

“The death of GBK Owusu is a big loss to the media fraternity in Ghana and the nation as a whole”, extracts of the statement read.

“Beyond the media boundary, and in the turbulent political arena of the past, he stood in battle with great religious leaders like Prof Kwesi Dickson to wage a relentless fight for the return of Ghana to constitutional rule,” the statement added.

The Association has therefore extended its deepest condolences to the children and family of GBK Owusu and prayed God’s strength in these challenging moments.

The late GBK Owusu was a colossus within the media fraternity in Ghana, having been a long-time editor of the two religious newspapers and founding member of the Private Newspaper Owners Association of Ghana (PRINPAG).

Apart from his editorship, the late GBK Owusu also served for decades as the Public Relations Officer (PRO) of the Presbyterian Church of Ghana and the Christian Council of Ghana.

He also served as chairperson and member of the GJA’s Media Awards Committee for many years, ensuring the promotion of high journalistic standards.

Find below the press release from GJA 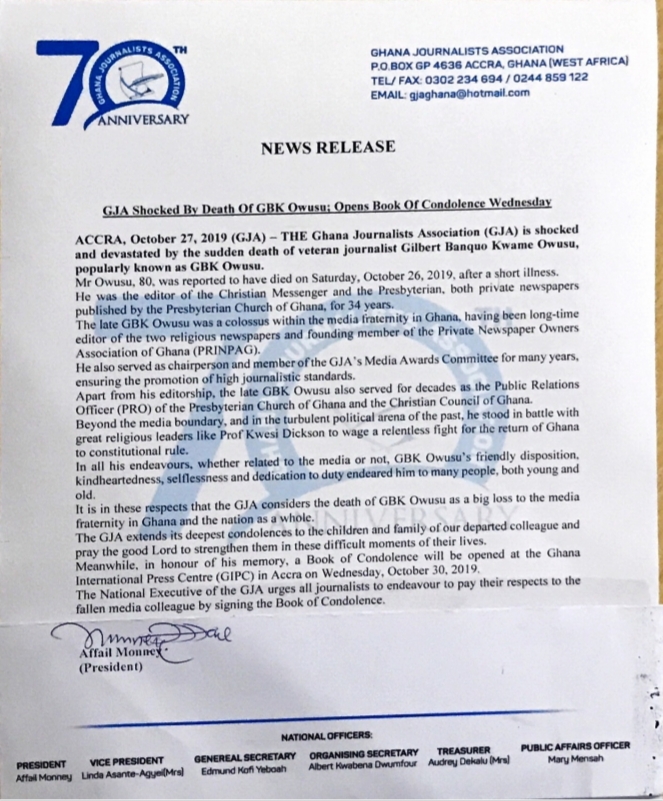