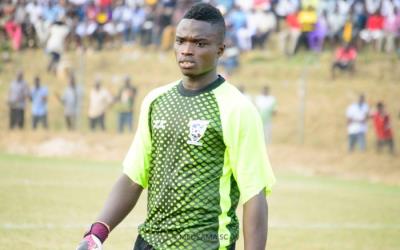 At the end of the 2021/22 football season, the top goalkeeper terminated his contract with Legon Cities FC.

Now a free agent, the goalkeeper has disclosed that he is ready to sign for Nsoatreman FC.

“I was having contract with Legon cities when Nsoatreman was vying for my Signature but for now am a free agent and everything is possible I could join them. Nsoatreman FC is also a club that can uplift my image when I don their jersey,” Eric Ofori Antwi told Service Radio in an interview.

The goalkeeper continued, “People will say am joining Nsoatreman FC but nobody knows how Nsoatreman FC could be helpful to my career. I played for Amidaus professional to make name for myself in Ghana here, so if Nsoatreman is vying for my Signature, it’s possible I can join them.

“Sure it’s true I had interaction with the club president over a possible move.”

Over the last few seasons, the goalkeeper has been amongst the best on the local scene.

He will be a fantastic edition if he completes a move to join the Ghana Premier League newcomers for the next football season.