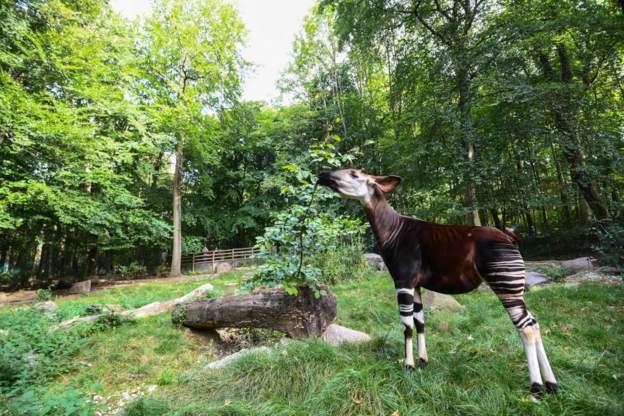 Environmental groups in the Democratic Republic of Congo are warning that gold mining in the northeast of the country is threatening the habitat of the forest giraffe, or okapi.

The stripy-legged herbivore the only living relative of the more familiar giraffe is already considered an endangered species.

Organisations including the Congolese Alert Network for the Environment and Human Rights say that mining operations in the Okapi Wildlife Reserve, a Unesco World Heritage Site are expanding, despite an official ban on their activities.

The national park is also home to endangered forest elephants and chimpanzees.

They are calling on the Congolese government to protect the unique forest ecosystem and the communities that depend on them.

They also accuse miners of hunting threatened species for food and of trading okapi skins and elephant ivory.