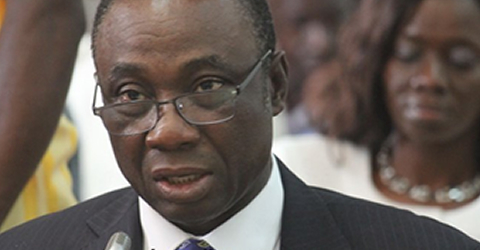 Former Power Minister in the erstwhile Mahama administration, Dr. Kwabena Donkor has rejected claims by government that the suspension of the power distribution agreement with PDS was a result of government’s effort at uncovering an alleged fraudulent act perpetrated by the PDS in order to secure the said contract.

Dr. Kwabena Donkor, contrary to the claims by government, is convinced that government officials only managed to ‘discover’ the said fraudulent document upon a tip-off by some individuals and not through its own due diligence as has been reported.

According to Dr. Kwabena Donkor, but for the tip off, government would have had no clue as to what was really going on in the power distribution chain in the country.

“We were given a tip-off on July 16 that the document guaranteeing the funding of the project for PDS was fraudulent and that the person who signed it, did not have the power to do so,” he said.

Dr. Donkor, who is also the Member of parliament for Pru East, expressed worry over how long it took the country to verify the information after it had been provided by a whistle blower. He says instead of two weeks, government should have, within three days, ascertained the truth or otherwise of the claim by the informant.

He questioned why the Finance and Energy Ministries, the Millennium Development Authority(MiDA) and the Attorney General supervised the handing-over of the country’s property to a private company without doing the necessary checks and due diligence.

“Are we saying we handed over our property to PDS without due diligence? We were either being irresponsible or unpatriotic,” he said.

The former Power Minister is laying the blame squarely at the doorstep of the Finance Minister for supervising a sham.

He said the Ministry refused to hand over the necessary documents to parliament despite persistent requests.

“We asked for it but however, there is a weakness in Parliament. Too often the majority side and the executive want to push things through so when you ask, they will say we will provide it and often than not, documents are not provided and this is one of the examples,” he noted.