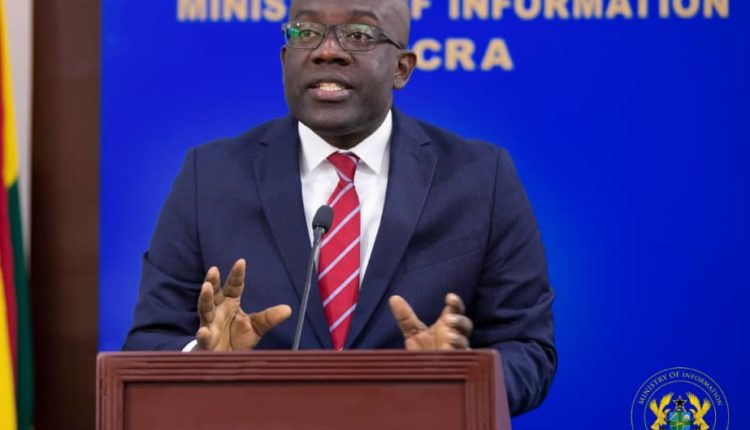 Information Minister, Kojo Oppong Nkrumah has reiterated government has not been negligent in its dealings with Power Distribution Service stressing that government has all times worked with the Millennium Challenge Corporation (MCC).

The Minister maintains that no effort to get Ghana a good deal has been spared in this transaction.

Oppong Nkrumah, at a press briefing Wednesday morning, explained that government has not been up to any machinations, the intent has always been to ensure efficiency in the ECG turnaround program and the fulfillment of the broader compact all along.

He, however noted the government of Ghana and the US government will continue to work together.

According to him, both the US and Ghana government have not been able to find a common path to resolve the issue hence the termination.

“On the America side, though the insurers stand by a purported guarantee, the deal is that the termination and restructuring will be more tolerable, ” he said.

This for the avoidance of doubt according to the sector minister has not been a crisis for confidence, it has been a difference in opinion which we have mutually agreed to respect.

The Information Minister said Government is committed to giving value for money for Ghanaians with the supply of power.

Meanwhile, the Minority in Parliament today accused the government of causing financial loss to the state following the withdrawal of $190 million second tranche of the MCC compact II.

The minority are of the view that the Akufo-Addo government have been reckless, fraudulent and irresponsible acts in its PDS dealings.

According to them, the Akufo-Addo government has misled parliament and the entire country without thorough and diligent scrutiny of the documents they submitted on the floor of Parliament.