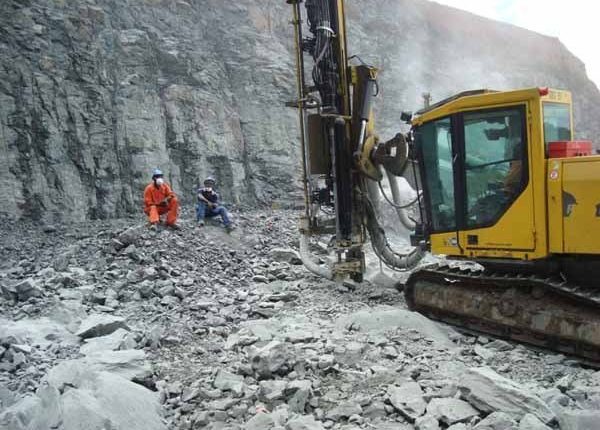 Management of the Ghana Manganese Company (GMC) has rejected the government’s allegations of financial infractions at the company that has caused the state to lose over $300 million in revenue.

Lands and Natural Resources Minister, Kweku Asomah Kyeremeh, on Monday, announced the shutdown of the company, which took effect on Tuesday.

The company was shut down in February over similar concerns but was subsequently given the green light to operate while an audit into its tax obligations and royalty payment went on.

At a press conference Wednesday to demand the immediate opening of the company, the management described the closure as unfortunate and regrettable.

Addressing the presser, Omar Tintey, Community and Public Relations Manager for GMC disputed the government’s account as inconsistent and unreliable, stating, “GMC operates responsibly and we honour our statutory obligations.”

He said GMC in February 2019 obliged to the order by the government for an audit of its books supposedly for under-declaring its tax and royalties paid to the government of Ghana.

“But since the audit, the findings and the conclusions of the report have not been brought to our attention for comment at least as in line with best practices and as would have expected of a Ministry with which we have had a longstanding cordial relationship,” he stated.

He said, “the matters that were raised, the allegations that were levelled against the company, GMC has been tax compliance as our records and the awards that we have won will indicate.”

He said in December 2018, the GRA did transfer pricing audit of GMC for the period 2013-to-2019 to ascertain loss of revenues to the state. The report stated that between January 2013 and June 2017, the price at which the ore was sold was at arm’s length and therefore there was no revenue loss to the government, he said.

However, he further noted GRA adjusted the ore price between the period of July 2017 to 2018 December which resulted in additional tax –corporation tax and royalties of fourteen million, sixty-three thousand, two hundred and two-point-seven-seven US dollars.

“This amount has been paid since to the government. As a matter of fact, the price of the manganese ore sold is now determined by GRA and this is something we want to emphatically put on record. As a company, we have little or no say in the fixing of the price and therefore the figures put out by the Minister are inconsistent if not unreliable.

“…We would like to state that GMC operates responsibly and has always honoured its statutory obligations. For the sake of clarity in 2018, the corporation tax liability of the company was thirty-one million dollars. This amount was settled before 31st December 2018 as required by law. In relation to royalties, the company paid an amount of seventeen million US dollars in 2018,” he stated.

According to him, “all our tax obligations up to date have been honoured. As a matter of fact, we are still waiting for an amount of twenty million dollars in VAT return due to us, the company from GRA between the periods of December 2018 and June 2019.”