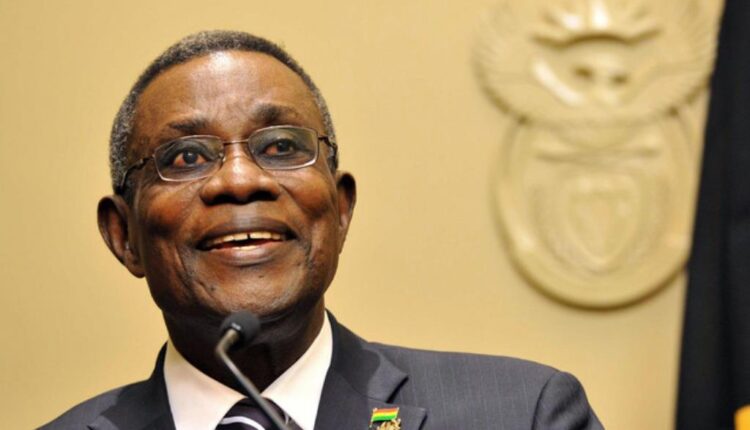 A decade ago, we lost a great peaceful african democrat while he was serving as President. John Evans Atta Mills meritoriously attained LLM from the London School of Economics and earned a Ph.D. in Law at the School of Oriental and African Studies at age 27 in the 60s.

His demise submerged Ghanaians in a spontaneous deluge of tears for weeks because he offered compassionate and self-sacrificing service to Ghana. He loved and played several sports in addition to his academic accomplishments, taught many of Ghana’s great legal luminaries, transitioned from a tax scholar of international repute into a lead tax administrator for the Internal Revenue Service, became Vice President and President.

He died having lived to his name as “A Man of Peace – the Asomdwehene.” President John Evans Atta Mills is that man we celebrate every July since he passed away on July 24, 2012. That terrible Tuesday, I was a very young man in a meeting (chaired by the Late Captain Kojo Tsikata (Rtd.) with others who had gathered in the late P.V. Obeng’s office at the National Development Planning Commission (NDPC). We met regularly every Tuesday afternoon to plan President Atta Mills’ re-election. Election 2012 was only four clear months away.

His aide-de-camp called me to deliver the dreadful news, and I conveyed it to my senior colleagues, the room momentarily froze. Still, with Captain Tsikata’s guidance, we successfully organised a smooth transition later that night.

I remember President Atta Mills for several reasons. Without breaching my Hippocratic Oath, I remember how protective and secretive he was about his health condition.

One day when I entered his office at the Osu Christianborg Castle with him from a meeting, Prof. asked, “Omane, I need to go to the US for medicals; what do you think?” I hesitated a bit. I surmised that his concern was more about the mincemeat his political opponents would make out of his stay away from Ghana.

And they did. But my answer was one and only one – from a professional perspective first and the politics second. “Prof., you must go; we will take care of their mischief.”

I also remember his restless and altruistic quest for socio-economic development to secure “A Better Ghana” for all Ghanaians, not just a few privileged citizens. In doing so, he not only added to the gains of his predecessors but also duly recognised their efforts, in particular, towards making Ghana’s oil dream possible.

I, further, remember how he achieved unprecedented growth of the Ghanaian economy (above 14 per cent GDP) in 2011. Most importantly, this astronomical growth was not only driven by oil revenue.

According to the Ghana Statistical Service (GSS), non-oil GDP in 2011 (at constant 2006 prices) was 8.2 per cent. That is to say, the non-oil sector’s relative contribution was over and above the impact oil made to the unmatched GDP Atta Mills’ National Democratic Congress’ (NDC) administration recorded.

Obviously, he was placing Ghana on a path to avoid the Dutch disease in order that crude oil would not harm Ghana’s economy. In the health sector, I remember Atta Mills for critically considering emergency health care and distributing 160 new and additional ambulances nationwide to augment health care services.

He initiated numerous health, education, communication and transport policies and infrastructure projects. The domain of this great african democrat’s accomplishments is vast.

At the international level, President Barack Obama of the USA duly recognised him for significantly improving Ghana’s democracy; and together with Mo Ibrahim, and three others, the Journal of International Affairs at Columbia University classified Atta Mills as one of the “Five Faces of African Innovation and Entrepreneurship.”

In Ghana, many Ghanaians loved him and christened him ‘Asomdwehene’ (King of peace). In 2014, President Mahama – whom in Atta Mills’ own words was a man, “In whom he was well pleased”, led his Cabinet to name Ghana’s second Floating Production Storage and Offloading (FPSO) vessel, after John Atta Mills for ensuring actual production of First Oil in commercial quantities.

After the 2012 Elections, we issued commemorative postal stamps to honour Atta Mills on World Post Day. His brother, Dr Cadman Mills joined me at the headquarters of Ghana Post near the John Evans Atta Mills High Street (also named after him) in remembrance of Atta Mills as “…a humble man who loved his country…”

In like manner, the Judicial Council revered his high regard for independence of the judiciary and named Ghana’s most modern Court Complex after him, and so did the University of Ghana name the Law Faculty building after Professors Atta Mills and Akua Kuenyehia, a former Dean.