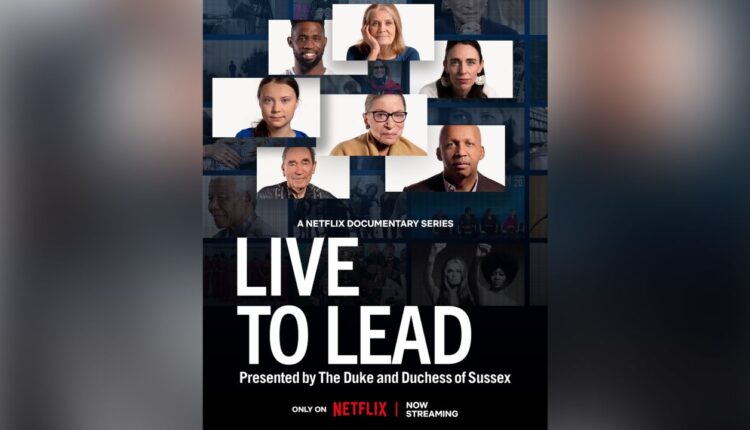 Netflix has announced its next project with Prince Harry and Meghan, Duchess of Sussex – a Nelson Mandela-inspired docuseries titled “Live to Lead.”

In a statement, the streaming giant summarized the seven-part series as “extraordinary” leaders reflecting on their lives, while highlighting the “fundamental values, daily disciplines and guiding principles that leaders employ to motivate others and create meaningful change.”

“Live to Lead” is executive produced by Harry and Meghan in association with the Nelson Mandela Foundation, it said.

Geoff Blackwell, the series’ creator and director, said in the statement that he and co-executive producer Ruth Hobday wanted to “honor Mandela’s values by surfacing the stories of leaders who distinguish themselves through their moral courage, the conviction of their ideals and values, and their prioritization of others.”

A trailer for the series, released Monday, features both the subjects and the Sussexes, with Harry quoting Mandela as saying, “‘what counts in life is not the mere fact that we have lived,’” and Meghan concluding “it is what difference we have made to the lives of others that will determine the significance of the life we lead.”

This project follows the release of the eagerly anticipated docuseries “Harry & Meghan” on the streaming platform earlier this month.