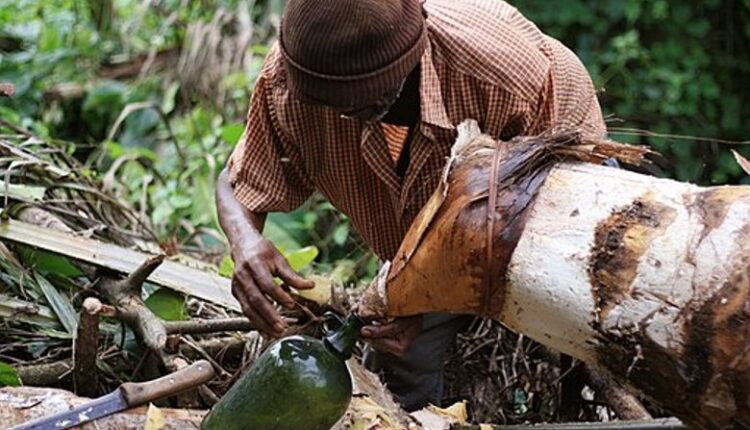 Kwabena Konadu, who asked me this question, was one of my childhood heroes.

While the rest of us tried to kill birds with a catapult and pebble, he could catch birds alive — by trapping them!
Not only birds but also squirrels!

He could even “smoke out” big, bush rats. He looked for their holes (usually about three or four) and closing all the entrances, but one.

He would then station himself in front of the open one, light green leaves and shove them into the hole. The leaves would create a lot of smoke, which he directed inwards into the hole, with the leaves of a palm branch.

The bush rats would soon feel suffocated and run towards the entrance for air! They would run straight to Kwabena, who would clobber their skulls with a big tree-branch or cutlass.

Kwabena also knew secret locations near rivers where guys older than us, had constructed swings and swung merrily on them all day. What they did was to construct a wooden seat, dig holes in it and pass a rope through it, which they then extended and tied to cocoa trees, from one to the other (a distance of about twelve feet). They would swing the contraption around and around, pretending to be monkeys, with monkey noises and all.

Sometimes they fell off and got hurt. But who cared? The possibility of danger was part of the thrill to them. We, the younger boys, waited until the older guys got tired and went home. Then we would station a lookout somewhere convenient, and swing ourselves round and round. We ran away like frightened chickens if we heard a prearranged whistle-blow from the lookout.

So, being with Kwabena Konadu was a matter of fun, fun, fun. But fund n the bush wasn’t all. It was he who introduced me to trucks. One that passed by my town (Asiakwa) regularly had a sign-board in front of it that said, “Papa Ye!” (Doing good is a good thing!) He never stopped at Asiakwa long enough for anyone to find out why he had chosen such a motto.

Anyway, Kwabena Konadu discovered that if you paid Papa Ye sixpence, he would allow you to sit in the “trailer” of his truck all the way to Bosuso (about seven miles away) and bring you back. If you paid three-pence, he would only take you as far as Bunso (three miles away.)

“it is at Bosuso that you can see a “train”.

“Ha, no-one can describe it. You have to see it for yourself!” Kwabena Konadu said.

It was my first trip to Bosuso that sealed my fate as a “locomotion addict”. For from then on, I had an insatiable desire to travel by truck or car. I knew it was dangerous (I once saw a motor accident in which two people were lying on the road, dead.) But I was never afraid to travel.

So when an ex-serviceman from our town called Agya Kwame Adu, bought an Austin A40 car, I offered myself to him – unasked — as his “car-boy”.

That meant that no matter how dirty the car became, as he plied it on our dusty roads (during the dry season when the car was covered with dust after every trip), or during the wet season (when it was covered with mud) I washed and polished it to make it beautiful.

Agya Kwame Adu plied the routes around our area for a whole day – starting at 5am – and I would go with him whenever the car was not fully loaded.

He would get very tired by around 3pm. Had he been a more sensible fellow, he should have taken a break to go and take a nap at this stage. But he could not bear the thought of losing out on the passengers who would, towards the end of the day, be anxious to reach home before dark. So, to “fortify” himself to be able to gather in their fares, Kwame Adu went to have a drink instead!.

He never gave a thought to me as he dived into a palm wine bar. Other drivers would have given me a shilling or two and said, “Go and look for something to eat!” whilst they went for a drink.

The drink Kwame favoured, palm wine, was sold all day, but the version tapped in the afternoon and sold immediately thereafter, was particularly prized. Now, chemistry is not my forte, so I cannot relate to you exactly what the sun’s rays did to the enzymes inside the palm tree’s juices to make them so sweet after noon.

But what I do know is this: to make palm wine, a mature palm tree was selected and felled. As the tree lay prone on the ground, a large incision was made in the bark of the trunk.

Fire was then applied once a day to the incision in the top part of the felled palm tree. The heat from the fire disturbed unreleased elements in the “wound” (incision) of the palm tree, and caused the “wound” to “bleed”!
The palm tree’s “blood” then trickled down the bamboo shoot into the pot. The interaction between the fresh sap from the tree and the heat from the fire induced an enforced “fermentation” process in the juice. Once inside the pot, both the Roman god, Bacchus and the Greek god, Dionysus, hitherto entrapped in the sap, escaped! And Kwame Adu loved to embrace both of them and enfold them into his arms!

Now, gleeful at their new-found freedom, the two wine-gods of the ancient world would have danced a pas de deux inside the pot. This apparently gingered the nectar in the pot and catalysed it into a crystal clear liquid, that was capable of foaming, if slightly shaken (not stirred!).

This foam took the form of a beautiful white “cap” which danced around the top of the liquid, when it was poured into a calabash or koraa. The foam could be blown away expertly with the lips, before a sip.

The ritual of being served with nectar from the pot into the calabash and thence to the lips, and tasting the liquid before one drank it, gave the drinkers a great deal of joy. So much so that they mostly closed their eyes whilst taking a sip! And the first gulp was always accompanies by a large sigh: AHHHH!

Indeed, the ritual of expertly separating the foam from the drink was one of the more joyous aspects of drinking palm wine. Some people used the foam to pour libation to their deceased ancestors.

Others prayed silently to any gods they believed in, for good fortune’s sake!

Martin Cameron Duodu is a United Kingdom-based Ghanaian novelist, journalist, editor and broadcaster. After publishing a novel, The Gab Boys, in 1967, Duodu went on to a career as a journalist and editorialist.