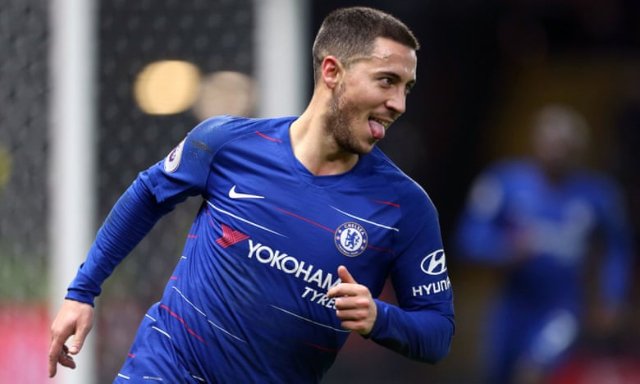 The Belgian opened the scoring when he collected Mateo Kovacic’s pass, took the ball around goalkeeper Ben Foster and calmly finished for his 100th Blues goal.

Chelsea’s lead only lasted two minutes until Roberto Pereyra volleyed past Kepa Arrizabalaga from the edge of the 18-yard box.

But Hazard grabbed his second of the match in the second half when he converted a penalty after Foster had bundled him over.

Chelsea had dropped to fifth when Arsenal drew at Brighton earlier on Wednesday, but this result takes Maurizio Sarri’s side back to fourth, 11 points behind leaders Liverpool.

It was a return to winning ways for the Blues after they had suffered a surprise 1-0 loss at home to Leicester City on Saturday.