I met Akwei on a dating site, we matched each other and started chatting. We spoke about ourselves, what we do for a living and what makes us tick. We were so eager to know everything about each other so we exchanged contacts on the dating app and made endless calls until deep into the night.

When I learned about where he worked, it left me feeling a bit insecure about my work. I’m a fashion designer and also a popcorn seller but he worked with a highly reputable institution in the country. I thought he was going to look down on me but he didn’t.

When he got to know I was selling popcorn, he sent me GHc20 and said,  “I’m placing an order. Send me GHc20 worth of popcorn.” I thought he was joking but he said, “I’m serious. Just find a way of getting it to me.”

I said, “Don’t worry, I will bring it to you when we finally meet in person.” I felt needed and reassured. What I did for a living didn’t matter to him. Though he was highly placed, he didn’t see me as less of a human because of what I do.

I loved being friends with him. He was a really great guy. One day he told me, “I like you and want to be in a serious relationship with you.” Honestly, I loved him too and that day, I wanted to say yes to him but I felt the impact of my acceptance would be deeply felt if I delivered it in person so I held on to my response. I wanted to see the smile that would form on his face when I finally say yes to him. I wanted to see the joy with my own eyes.

We made plans to meet in the second week of March. In the first week of March, he called to ask what I was doing. That had become a ritual of some sort and I loved it. I told him, “It’s a Saturday and I am home so I plan to prepare Banku and stew.” He said,  “That’s really good. I would like to eat some.”

He has a way of making serious requests sound like a joke. I didn’t take this request seriously but he said, “I’m not joking. I want to have a taste of whatever you’re cooking.” I was quite surprised by his request but I obliged. I sent him my location. A few hours later, he was in my house. He said, “Why don’t we go to my place and cook there instead?” I answered, “That’s alright. I don’t mind.” 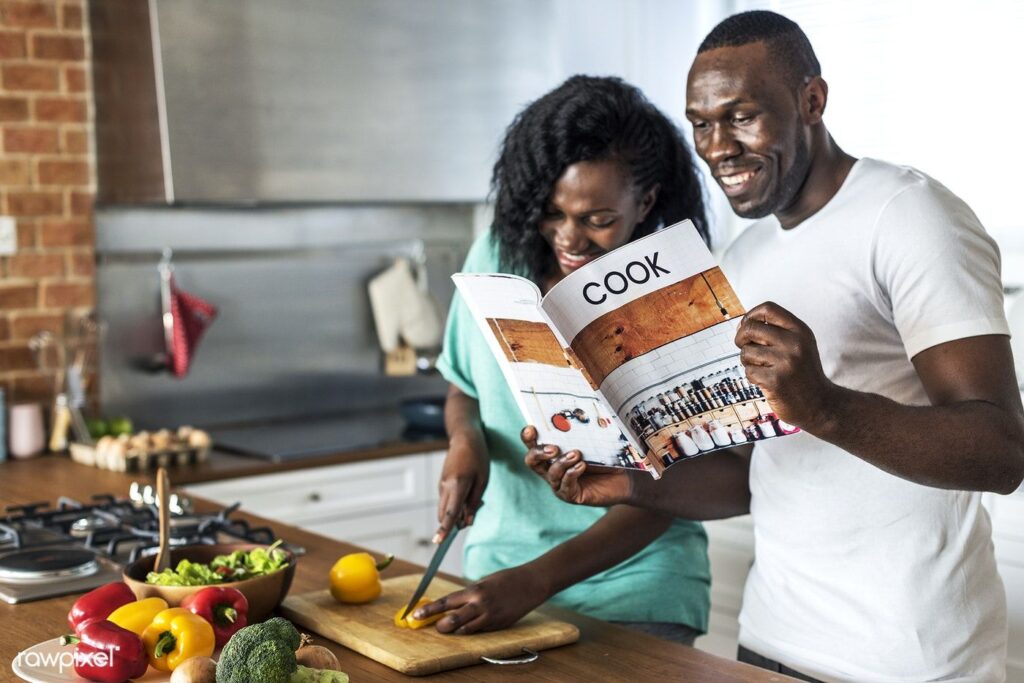 The journey to his house will forever remain one of our best moments. We talked, made silly jokes at each other, and laughed heartily at everything. Even me not wearing a seat belt on the highway became a reason for us to share heartfelt laughter. It wasn’t until we got to East Legon before I put on the seat belt.

Finally, we were at his house. He put on a movie for me to watch. Something about the movie absolved all my attention. The title of the movie was, “Every Woman Has a Story.” True to the title of the movie, I am here today, sharing my story because a woman like me also has her story.

Some moments later, he said, “Instead of giving me some attention, you’ve invested all your attention on the movie.” Not knowing, he had been trying to talk to me but I gave him no mind. I said, “Sorry about that. I’m all ears now, please talk to me.” I said that with a smile on my face.

He started talking about relationship stuff so I asked him, “How does the future look for us if I say yes to your proposal?” He gave me a very beautiful speech about what he has in store for us. As thrilled as I was, I still had it at the back of my mind that it wasn’t going to be all rosy as he had painted it. Nonetheless, I was ready to give love a chance.

Minutes later, he started dozing off. He placed his head on my lap and continued sleeping. His level of closeness to me started making me worried. I started asking myself questions,” Why won’t he lay on the bed and sleep comfortably? Is this his way of communicating affection?” I don’t like it when guys start getting touchy during the first date. It makes me scared of what may follow. I was uncomfortable but I allowed him to continue sleeping on my lap.

The food we came to cook didn’t happen and time was also going. I needed to start leaving but his head was still on my lap. I shook my laps and tapped him gently to wake up. He got up with a tint of anger on his face. I didn’t know the cause of his anger and I didn’t bother to ask.

Not knowing he didn’t like to be told to wake up when he’s asleep and I did so I had broken an unforgiven rule I didn’t know existed. In the car going back home, he didn’t say a word. I was scared to also ask him a question due to the frown on his face. He kept breathing heavily while doing everything not to look at me.

When we were getting close to my place I asked him, “Akwei why are you quiet?” He responded, “I’m finding it hard to reconcile you and the Kayla I have been talking to on phone. She was nice and sweet but you, I don’t know how to describe you. Why were you acting all weird in my house? I don’t get it.” He went on and on angrily. I was confused. I didn’t know where I went wrong but I apologized all the same.

When we got to my house, I said, “I’m sorry for whatever happened in your house. I didn’t know but now that I know, it won’t happen again.” I tried my best to crack jokes and act funny just to lighten his mood. When the frown wore off his face, I said, “I really like you and want to say yes to your proposal. So yes, I would be your girlfriend.” He responded, “I’m no longer interested in you. I’m sorry.”  I was shocked! “WHAT? How did we move from “I need you in my life” to “I am not interested” so fast? What did I do? What did I say wrong?”

He responded, “Do you know how tired I was? Why did you wake me up? If you cared enough, you would have allowed me to sleep for at least an hour more but you woke me up when I had told you that I was tired.” I asked, “So the reason for the withdrawal of your proposal is centered on my waking you up? How could that be a reason.” He said, “That’s all I can say. I’m no longer interested.”

I’ve had people walked away for so many reasons but to walk away because I woke him up was news to me. It sounded so outlandish I thought my ancestors had a hand in it. I mean how? If he told me point blank that he didn’t want me after meeting me in person, I would have understood him perfectly without asking questions but this? That I woke him up?

It’s kind of weird for me to put his full name out here but Nii Armah Akwei, I fell in love with you. No, I wasn’t accepting your proposal because I wanted a favor from you. I accepted your proposal because I loved you. I don’t know if it’s going to change anything, I don’t know if I want it to change anything but I wanted you to know that I love you and it hurts the way you treated me.

5 important underwear tips you may not know