Family sources say, he died in the wee hours of Tuesday, September 28, 2021. The cause of death is yet to be known.

Nana Kwame Ampadu was a household name in Ghana and beyond. 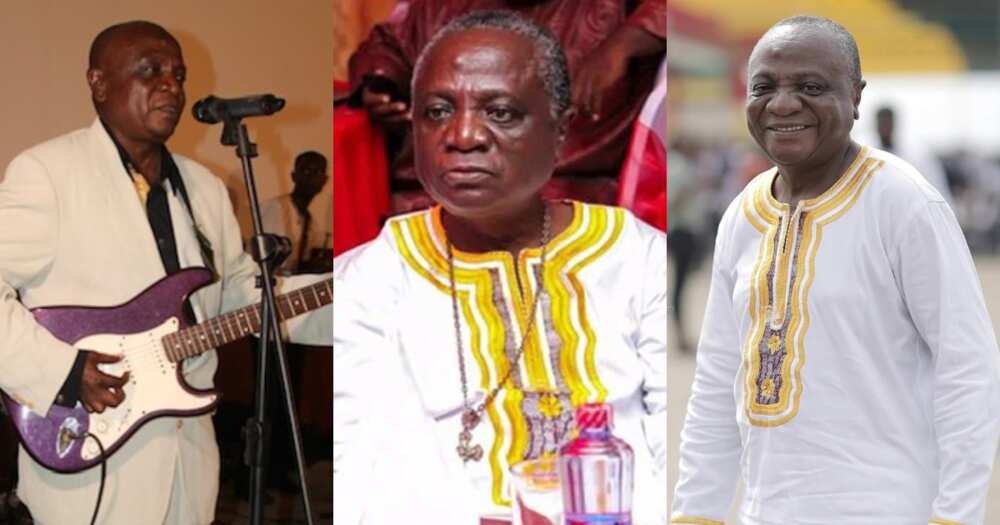 The Obo-Kwahu native in the Eastern Region, composed and recorded songs about money, love, and marriage, good citizenship, greed, drunkenness, death, road manners for commercial drivers, effective parenting, social stratification, and virtually every aspect of our being in this country.

Tributes from scores of social media users have flooded the timelines.

Nana Kwame Ampadu is known to have composed over 800 songs.

He formed the African Brothers Band in 1963 with Eddie Donkor as one of the founding members.

In 1963, he released a song, Ebi Te Yie, meaning “Some Are Well Seated” which caused a stir in the country during the then-governing of the National Liberation Council. The song subsequently disappeared from the airwaves but returned after the military rule. He won a nationwide competition in 1973 and was named Odwontofoohene.

He composed a song for Jerry JohnRawlings and the National Democratic Congress in the 1992 election campaign as well well a song that attempted to disqualify Jerry John Rawlings from the 1992 elections because he was half Scottish.