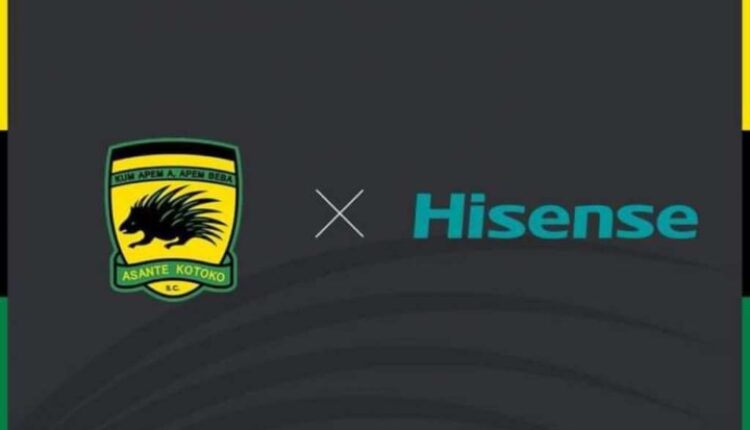 Chief Executive of Asante Kotoko, Nana Yaw Amponsah has confirmed the club has cancelled the clause in their contract with Hisense where Ghc5,000 is awarded to an opposing player who scores the winning goal against Kotoko in the league.

The said agreement was included in the Chinese electronic firm’s sponsorship deal with the club as its headline sponsor prior to the commencement of the just-ended season.

However, the clause had received strong opposing views by most Kotoko fans who deem it as nothing but a way of motivating players of their opponents to beat them.

Players like Michael Yeboah of Great Olympics, Samuel Bioh of Aduana Stars, Elmina Shark’s Alhaji Mustapha and the painful one, Daniel Afriyie Barnieh of their bitterest rivals Hearts of Oak have all benefitted from the said clause, scoring and also earn that huge sums of money for themselves.
Due to constant criticisms on that clause, Nana Yaw Amponsah in an interview on Oyerepa FM in Kumasi has stated emphatically clear that the particular clause has been scrapped by the two parties and therefore won’t be in effect from next season.
Asante KotokoHisense Ghana