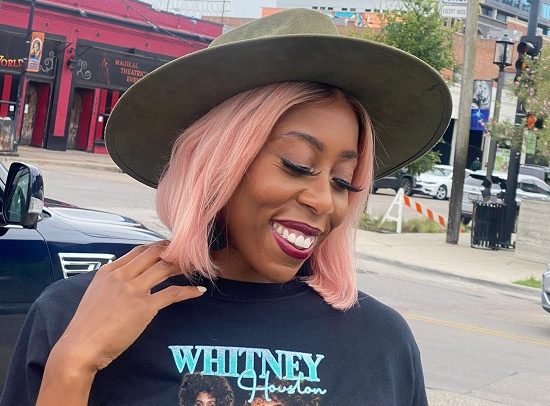 An American singer and songwriter, Brittani Youman, known on the world music scene as HONE7, will host a virtual musical concert dubbed “HONE7 Coming To Africa” in Ghana on Saturday, July 24, the organisers have announced.

The concert, which will be live on TV XYZ at 2pm, will also be streamed live on all the social media platforms including YouTube and Facebook.

The concert will witness performances from some selected Ghanaian artistes including Renner, Brada Yawda, Samuel G and D’Lioness.

Being organised by 90 Degrees Tribe, Honey Music (USA) and NMS Records, the event, according to the organisers, would be bigger and even more spectacular, and is sure to give music fans an experience to truly relish.

There will also be other surprise performers on the night to complete the excitement.

HONE7 who has performed with great bands in Chicago and in the Caribbean  Island and also toured several countries, has promised to make the night a dazzling one with her hit songs and stage craft, as has been her trade mark.

According to her, her stagecraft, dancing skills and her style of performance would surely be acknowledged by music fans who will witness the show.

Known for her smooth stage craft, and ability to pull and control crowd, HONE7 will be performing some of her hit songs such as ‘Life’, ‘War Cry’, ‘Dumsor’, ‘Whoa’, ‘Wonder’, ‘A Little Bit’, ‘Melani’,  and ‘Time’, among others.

The event would see the performers keeping patrons on their feet in a party atmosphere throughout the night.

The female American artiste recently visited Ghana to promote her songs as well as collaborate with some of the local artistes.

HONE 7 who is also an actress hails from DeSoto, Texas but was born and raised in Tatum in Texas.

Her music ranges across genres and reflects her variety of style influenced heavily by southern roots.