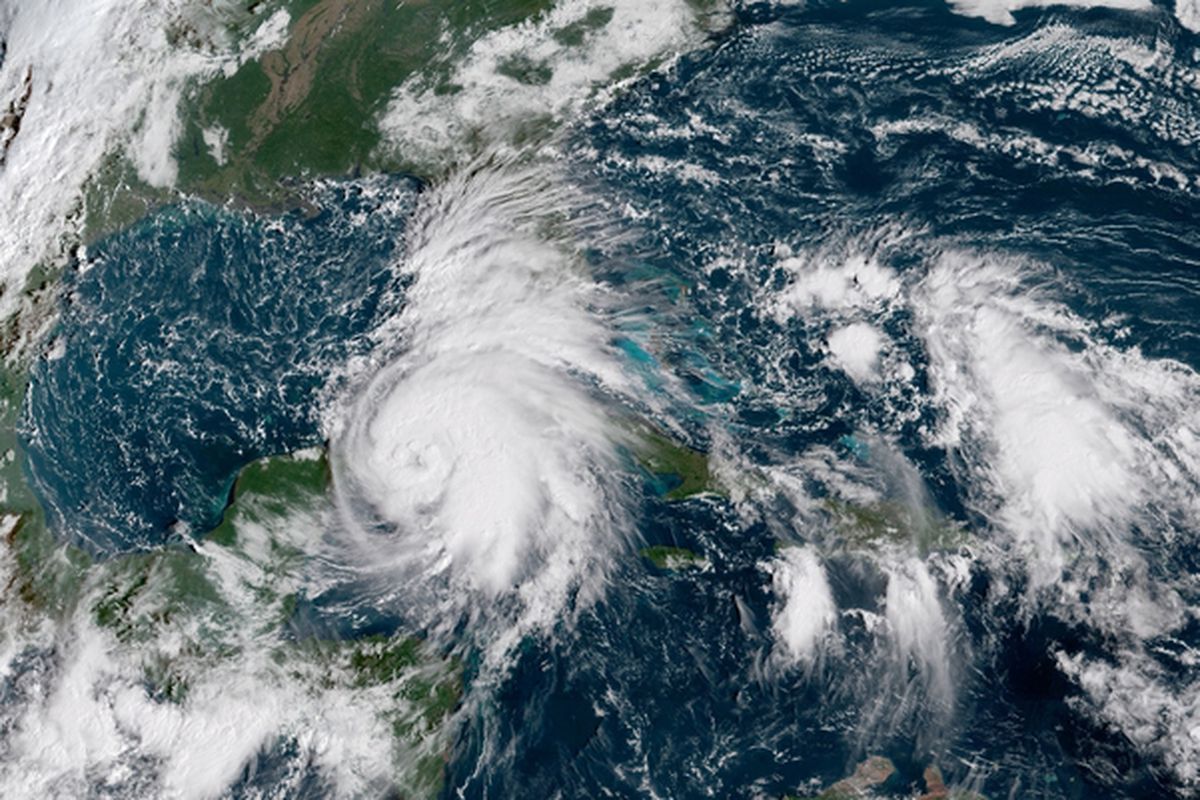 Hurricane Michael has strengthened to a category two storm, with winds topping 100mph (155km/h) as it churns towards the Florida coast.

The storm is expected to reach category three before making landfall on Wednesday.

Governor Rick Scott warned residents to evacuate, saying: “It could be the difference between life and death.”

At least 13 people have already been reported killed in Central America as a result of Hurricane Michael.

The governor called Michael “a monstrous storm” and urged residents to listen to officials.

I understand that evacuations are inconvenient, but this storm will bring torrential rain and heavy wind, along with dangerous storm surge throughout the panhandle. If you have been told to leave, you need to go. It could be the difference between life & death.

It is expected to crawl up the US East Coast after making landfall on the Gulf Coast.

Heavy rains is forecast for the Carolinas, which were drenched by Hurricane Florence last month.

The US National Hurricane Center in Miami, Florida, warned on Tuesday that warm waters will probably further strengthen Michael before it makes landfall.

Over 300 miles of coastline are currently under threat, the National Weather Service has said.

President Donald Trump told reporters on Tuesday: “We are very well prepared for the incoming hurricane.”