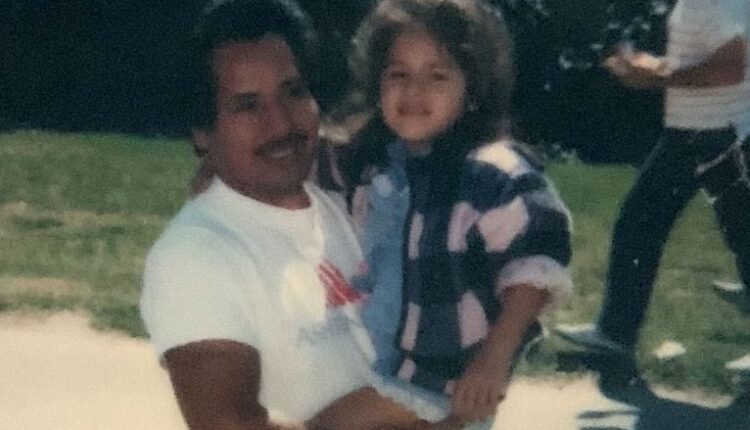 My father lives in a crumbling house. Tile is missing from the bathroom walls, and in the well-worn hallways, my dad has used blue painter’s tape to keep patches of burgundy carpet in place.

Before I had it replaced, the floor in the dining area was a mismatch of linoleum tile that did nothing to hide or fix the large hole forming between the kitchen and the laundry room.

Despite its state of disrepair, the house means a great deal to my father.

Both of my parents were born and raised in poverty and there were no homeowners in their families.

In fact, my father was a total outlier in his family; he was the first to strike out on his own in the United States, eventually becoming a U.S. citizen through marriage to my mom.

When I was a teenager, my mother was a housekeeper, my father a janitor and together they took a chance on homeownership, signing a 30-year mortgage to pay off their $150,000 American Dream.

Twenty-two years have passed since my parents signed on that dotted line. My mom has since died and there is still a $90,000 debt to pay.

Each night when we are on the phone, my dad talks about retirement obsessively.

There is a lot to sort out — paperwork to sign, debts to pay off, budgets to create — and of his three children, I am the one who will help him make sense of it.

More than that, I can tell he is both anxious and delighted at the prospect of simply doing nothing.

His first job was when he was 8 years old, sweeping the floors of a local pharmacy where he grew up in Mexico.

He has spent 62 years laboring in two different countries. At 70, he still works as a janitor. He is understandably tired, but as his excitement grows at the thought of a life without work, my anxiety rises because I am his retirement plan.

Some days he talks about returning to Mexico. Others, my dad is staunch in his desire to continue living alone.

More than a few times he’s mentioned moving in with me. Interestingly, my two older brothers do not make an appearance in these conversations.

While the exact plan is murky, what’s clear is that the shape his retirement takes is completely out of my hands, though I will be the person tasked with making it a reality.

How do I explain to my dad that our conversations about his retirement are experiments in magical thinking — a fantasy in which men like him get the rest they deserve without worry or care or consequence for daughters like me?

I moved to North Carolina in 2016 when I got my first real job in journalism. I was 30 years old, newly engaged and living a life free of my family for the first time.

When I packed up all my baggage into a minivan and headed east, I felt guilt and shame for leaving my widowed father behind — no matter that I grew up enduring his violence.

I was raised in a culture in which we take care of our elders, and by moving across the country, I was breaking code as a good Mexican daughter.

My cousins, who are in their 30s and 40s and still living with my aunt and uncle, asked, “How could you leave your dad?” There was no tidy way to explain how much I loved my father, and how much his explosive temper and constant negativity were like toxic sludge pulling me under.

So I didn’t say anything at all. I just left, and I committed to using the time away honorably by becoming a healthier person.

Without the constant drumbeat of family chaos hovering over everything and ripping me away from the work I felt called to do, I became a happier person. I learned to set boundaries.

I excelled at work, and I even began to make decent money, which meant I was forced to develop financial literacy after growing up in a family with none.

In six years I built a life and a savings account, and I can see my father’s retirement barreling toward North Carolina to destabilize me.

In old age, my once violent father has started to show some tenderness, but he remains a mass of trauma, a black hole of need that I worry will swallow me up.

Initially, providing support to my dad was my idea — it was both a privilege and an obligation I did not take lightly.

It made me proud to send money home to California every pay period, the Mexican American version of the remittances my father sent to family in Mexico since stepping foot in the United States as an undocumented immigrant in the 1970s.

As time has gone on, his need for support has grown exponentially — after all, his federal taxes, water heater and property taxes weren’t going to pay for themselves.

To be clear: My father has never directly asked me for money. In my family, it is simply understood that I am the fixer of all sorts of problems and my dad’s primary problem is that he doesn’t make enough to sustain his already meager lifestyle.

From 3,000 miles away, I’m still my dad’s daily sounding board, listening on speakerphone each night as he assigns me a to-do list or yells and curses about an indignity he suffered while I scroll through the UberEats app and order him dinner.

I have two older brothers who for more than a decade have suffered from debilitating mental health issues and substance dependency.

There have been moments of hope for them and for me — windows of clarity and sobriety in which I thought my brothers were getting back to themselves and that I was regaining siblings I could commiserate with and rely on to help support my dad.

Those dreams are always dashed, so I am making peace with the understanding that my dad is my responsibility and mine alone.

I always think about this when I go home to spend time with my dad. My brothers have lived in Texas for years and almost never visit, so they do not know the state of decay my dad’s house has fallen into or the way that the neighborhood has changed.

Small, old houses like my dad’s are getting bought up for $500,000 and bulldozed, once-sacred spaces razed to make room for McMansions.

To have any chance of paying off his house in his lifetime, my dad would have to sell it — the place where my mother and uncle died; the place where he and I have spent years tangling and figuring out how to be a family.

Ending his chapter of work will require that my dad and I make hard decisions about what to sell and what to keep, about what to hang onto and what to let go of; we will have to decide if we can sacrifice everything we have individually known and built to coexist in the same space one final time.

When I talk to my dad and try to drill down on the details of how his retirement is going to work financially, it goes nowhere. It’s not that he evades my questions, but he certainly doesn’t have answers for them.

Often, he derails the conversations with jokes about writing a memoir or strange tangents about moving to Venezuela, where he doesn’t know a soul. Sometimes he talks about adopting a puppy.

In these moments I realize he’s worried about how he’s going to fill his free time, and maybe just as scared about the mechanics of retirement as I am. But he can’t bring himself to talk to me about it.

He doesn’t like to rely on me as much as he does, but here we are.

So, what are we going to do?

The other day, my dad told me that when he retires he wants me to fly to Los Angeles to film him making his final exit from the hospital where he has worked as a janitor for almost two decades. I asked him what he would discuss in the video.

“My next chapter of life,” he said.

“And what does that entail?” I asked.