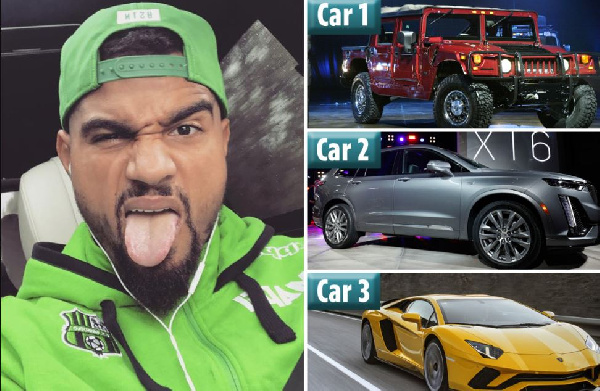 Kevin-Prince Boateng has expressed his regrets over some of the mistakes he committed which hampered his spell at Tottenham.

The Ghana international after more than ten years following his unsuccessful career at Tottenham has opened up on some of the terrible mistakes, he made which had a toll on him in his early days in England.

In an interview with La Repubblica, Boateng said he didn’t take his career seriously enough as a young player, particularly while he was at Spurs.

“I’ll go back and say: I didn’t treat football as a job. I was an idiot. I had talent, but I trained the bare minimum, an hour on the field. I was the last to arrive and the first to leave. I’d be out with friends. I had money, I lived like a king. I’d never been to the gym. That changes your later career,” he said.

Boateng also explained that he wasted his time and money on extravagant lifestyle and even bought three cars in a day but they didn’t give him the happiness he was looking for during his days at Tottenham.

“I bought three cars in one day when I was at Tottenham: a Lamborghini, a Hummer and a Cadillac. To the youngsters, I tell them: “You cannot buy happiness”.

Family issues and trouble getting into Spurs’ squad, he explained, got to him, with the cars giving him some semblance of happiness at the time.

“I didn’t play, I had family problems, I was out of the squad. I was looking for happiness in material things: a car makes you happy for a week. I bought three to be happy for three weeks.”

The Ghanaian attacker is a well-travelled player, having played for clubs like Tottenham, Dortmund, Portsmouth, AC Milan, Schalke O4, Las Palmas, Frankfurt, Sassuolo, Barcelona and Fiorentina, since he left his boyhood club Hertha Bsc in 2007.