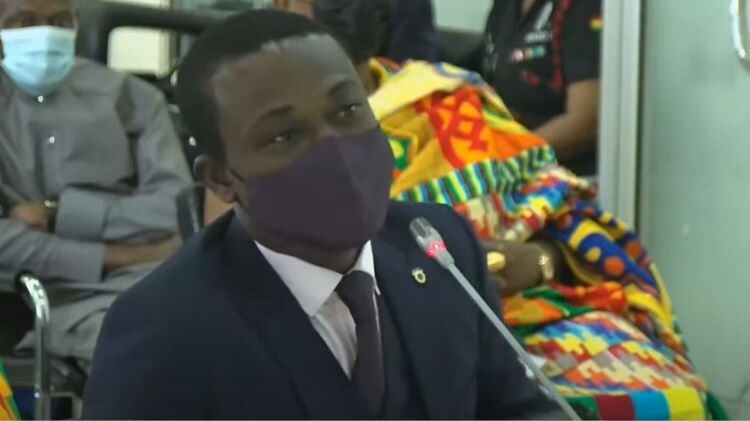 Nominee for the Special Prosecutor (SP), Mr Kissi Agyebeng, has said that he cannot end corruption in Ghana after being approved.

However, he would work to reduce corruption to the barest minimum.

My Agyebeng, who is being considered to replace the first SP Martin Amidu, believed that God would even fall short in eradicating corruption from the earth.

Mr Agyebeng, who appeared before the Appointments Committee of Parliament on Thursday, July 22, said: “I am not naïve to assume that I am coming to stop corruption. There is no way I can stop corruption, God himself would not even acclaim to that, but I am going to make corruption very costly to engage in”.

To fight corruption, he said he would institute what he termed ‘Pressure for Progress’, which would involve a systemic review of public sector institutions and the development of integrity plans.

He proposed a Ghana version for the global Corruption Perception Index benchmark to address the canker in public institutions.

Asked by the Chairperson of the Committee to point out the law that grants him the power to publish the corruption perception index of public institutions, Mr Agyebeng noted that he has the mandate to institutionalize risk assessment.

Because of that, he believes publicizing such indicators is “an offshoot of the mandate of the OSP (Office of the Special Prosecutor) that I could go ahead after the process of risk assessment to determine the integrity of public sector agencies”.

He said he would add two divisions to the existing four departments of the OSP, with the approval of the board to give them “more teeth to bite”.

Ghanaian anti-corruption law is primarily contained in the Criminal Code, which criminalizes active and passive bribery, extortion, willful exploitation of public office, use of public office for private gain and bribery of foreign public officials.

But the implementation of the law to the letter has been a challenge, with several allegations of corruption being reported, especially in public institutions.

The consequence is huge sums of money that fill individual pockets at the expense of the state and ordinary citizens.

Ghana’s anti-graft body,  Ghana Integrity Initiative (GII), which is Transparency International’s Local Chapter, for example, has estimated that the country “loses close to US$3 billion to corruption annually.

Mr Agyebeng has the audacious task of fighting the menace after President Nana Akufo-Addo established the OSP in 2017 to deal with corruption-related matters.

The office serves as an independent investigating and prosecution body to make inquiries into corruption, bribery, or other criminal cases at the national level, whether in the public or private sectors.

Kissi Agyebeng has been a lecturer at the University of Ghana School of Law since October 2006, teaching and researching into Criminal Law, International Humanitarian Law, International Law, Corporate Law, and Legal Research and Writing.

Since then, he has successfully argued numerous cases before the superior courts of Ghana and has participated in several international arbitration hearings.

Kissi is also an Associate at the African Center for Cyber Law and Cyber Crime Prevention and the National Moot Court Coordinator for the Commonwealth Moot Court Competition on International Criminal Justice. He was the Vice-Chair of the Appeals Committee of the Ghana Football Association.

Kissi Agyebeng is the Managing Partner of Cromwell Gray LLP, a reputable law firm in Accra, and the Chairman of the Electronic Communications Tribunal of Ghana – which is an appeal tribunal that sits on appeals from decisions or orders made by the National Communications Authority (NCA) and the Dispute Resolution Committee of the NCA, in respect of the regulation of electronic communications, the regulation of broadcasting, and the use of the electromagnetic spectrum and related matters.

Law of the Sea

Minority Rights in Corporate Governance in Ghana: The End of the Rule in