I craved makeup powder during pregnancy

Pregnancy in most women comes along with cravings. From drinking freezing water to eating very spicy foods. But for Novella, her cravings during pregnancy was out of the world.

Novella, the mother of a four-year-old girl, said she only craved for makeup powder.

“I didn’t really have cravings. The only thing I craved for was makeup powder,” she said with a burst of huge laughter. 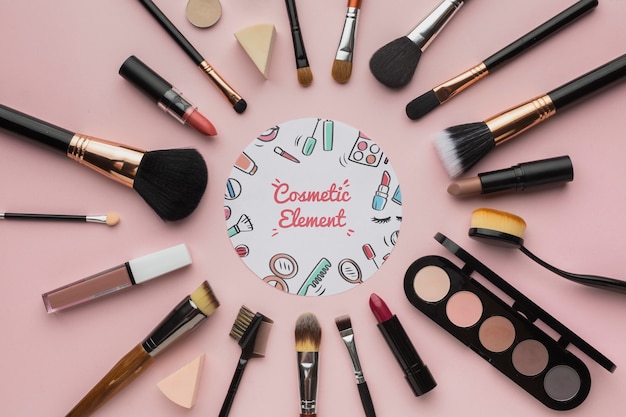 Novella said she did not eat the makeup powder; instead, she applied it on her face just to savour the smell, which gave her utmost satisfaction.

“Because I can’t eat it, I’ll rather put it on my face or in my palms to smell,” she told Dromo baby, an Instagram page dedicated to telling the Ghanaian stories surrounding pregnancy, childbirth, and parenting.

One of the most common cravings among pregnant women is their desire to eat baked white clay (kaolin clay), known locally as ‘ayilo’r or shire.

Reasons for eating this clay include avoiding morning sickness, nausea, satisfying cravings, among other beliefs.

But health experts have attributed such cravings to iron deficiencies. According to Public Health Experts, the ingestion of the clay or unhealthy products pose dangers to both the pregnant women and their unborn babies.

In the case of Novella, who ditched the clay for makeup powder, she was not worried about her cravings since it brought her nothing, but pure joy.

Recounting her pregnancy journey, Novella said, “I had fears throughout the pregnancy because I had thyroid. So when I read about thyroid and pregnancy, it’s either your baby could be Autistic or suffer Dwarfism”.

She feared she could deliver a baby who could suffer such abnormalities.

“Throughout pregnancy, I cried. I was just crying,” she said.

She, however, delivered a healthy baby who did not suffer any of those complications.

Novella recounted her encounter with a pastor who had prophesied that she was going to deliver her baby through a Caesarean Section (CS), a procedure vehemently prayed against by some religious folks.

“ A pastor told me I would go through a CS, and someone also dreamt and told me to pray about my pregnancy so that I deliver like a Hebrew woman. So when I was told I was going to go through CS, I was like God, I had prayed against this thing, and it’s still happening,” she said.

On the day she was to go under the surgeon’s knife for her emergency CS, Novella said she cried. She did because of rumours she had heard about women who go through CS.

“I’d been told that after CS you won’t be as strong as you used to be. Or you can’t lift heavyweights, and I won’t get my body back. That was one thing that put me off about CS.”

Even after her doctors had recommended a CS to save the life of her baby since her heartbeat was fluctuating, Novella maintained she did not want the procedure.

“She (baby) used to kick a lot. She’ll start at 7 am and stops around 9 am. And then continue at 7 pm. But that Saturday, I was sleeping, so I didn’t even really realise she wasn’t kicking well. The next day which was 25th December, we went to church, and another thing is when we go to church, and they were singing, she will kick kick kick. But when we start preaching, she will be quiet,” she said as she smiled from ear-to-ear.

“But that day, I didn’t hear anything. So I told my doctor that I cant feel her kick. She asked me to give it a day more to monitor the baby… I went to the hospital with my mum. When I got there, they put a machine on me and told me they’re coming to listen to the heartbeat of the baby. I could hear the noise, and it was fluctuating,” she continued.

The gynaecologist, according to Novella walked up to her to inform her of their decision to perform the CS but she said she was angry and so rejected it.

She explained her anger, saying she had visited the hospital a few days earlier and requested that the doctors induce her, a request the health professionals flatly rejected.

According to her, after a long back and forth, she called a pastor friend who prayed with her before the surgery.

“I heard my husband saying it’s a girl, and I said okay, I don’t care. I saw them passing with her (baby), and I saw some whitish substance on her. I asked my husband what that was, and he said they were going to bath her. This was at 3:15 in the afternoon.”

Novella delivered on boxing day, December 26th. But she did not feel the joy of motherhood on the first day of her delivery. Instead, she said, her baby annoyed her the night she had delivered.

“I was moved to the ward and was told I would be there alone with her because my mum would have to go home. So I should gather the courage to get up when she’s crying. At dawn, she was crying, so when I got up to pick her, I slipped and felt a tear in my stitches. At that moment, I got angry and decided not to even carry her at all. I told her to cry all she wants. There was no way I was going to carry her,” she laughed.

She said she stayed in the hospital for four days with her baby after her baby was diagnosed with baby jaundice.