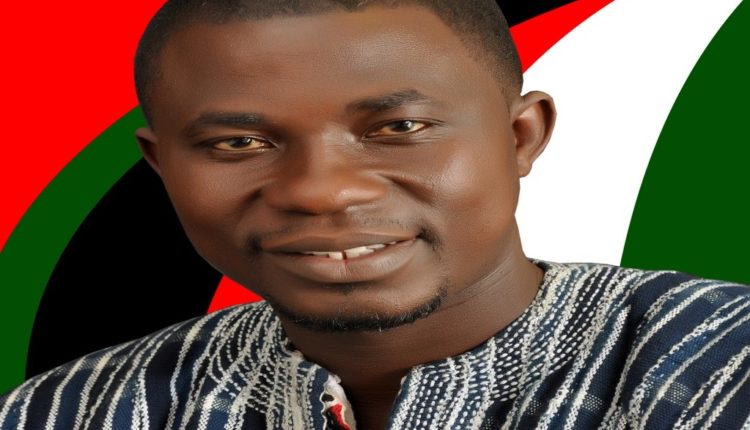 I have no hand in Max-Voy’s death – Ashaiman MP

Member of Parliament (MP) for the Ashaiman Constituency in the Greater Accra Region, Ernest Norgbey says he has no hand in the death of his fellow party member and competitor, Emmanuel Max-Voy in the upcoming party primaries.

The late NDC parliamentary aspirant was said to have taken ill moments after he picked his nomination forms to file. The rather unfortunate demise of the aspiring legislator soon after has led to many conspiracy theorists speculating that the MP of the area may be complicit in Max-Voy’s death.

But speaking at a ceremony to mark the one week celebration of the passing of the National Democratic Congress (NDC) parliamentary aspirant, Hon. Norgbey swore he didn’t kill his fellow party member.

According to the legislator, he heard the news of Max-Voy’s passing at about 10.00 pm on that fateful day and immediately called a family member who confirmed the sad news.

He said, “I can swear by the Bible that I have no hand in Max-Voy’s death and that the news of his passing came to me as a big surprise.”

Hon. Norgbey urged his supporters to desist from reacting to the said allegations of his complicity in the death of Emmanuel Max-Voy.

“I can appeal to my party members and supporters that they should be cool, they should remain calm at all times no matter what people say to them about this death,” he opined rather worryingly to The Ghana Report.

Hon. Norgbey commended Max-Voy’s family for their consistency in communicating to people on what actually transpired.

He said, “The family has been consistent by telling us what killed their relative and to me that is very important.”

According to him, he did not see his contender on the campaign platform for about a month. Though unsure about what the reason was, he concluded that it may have been a tactical approach by the aspiring legislator to win the Ashaiman seat.

“For about three to four weeks, I was not seeing him during the campaign because I know as for politics, we all have our strategies but all of a sudden I heard my brother is gone. I was surprised about the whole issue.”

The Ashaiman MP further indicated he is a believer in democracy and would have always loved to be contested by the late aspirant but was quick to add he would have beaten him to the seat.

“I am always ready for a contest, there was no way he would have beaten me. I would be surprised if he won 30% of total valid votes in the primaries, the confident looking MP for Ashaiman said to TGR.

Mr. Max-Voy, a renowned educationist and Managing Director for Happy Home Academy in Ashaiman died at the Ridge Hospital late Sunday August 4, 2019 where he was on admission.

He is said to have fallen sick soon after picking his nomination forms and was rushed to the hospital where he was on admission until his death.

The largest opposition party will hold primaries across the country on August 24 to elect parliamentary candidates to contest the 2020 general election.

Meanwhile, the National Executive Committee of the NDC, in consultation with relevant stakeholders has suspended Ashaiman Constituency primaries and all political related activities following the passing of Emmanuel Max-Voy.

Constituency Chairman for Ashaiman, Tony Afenyo, who confirmed the news to The Ghana Report said the National Executive of the party took the decision in consultation with other stakeholders.

He said, “The National Executive and Secretariat have put the Ashaiman Constituency primaries on hold. This follows the death of Hon. Emmanuel Max-Voy on Sunday leaving the incumbent, Ernest Norgbey as the only candidate.

For now, all political activities are on hold since there is no candidate apart from the incumbent. The incumbent is a Member of Parliament (MP), so he will continue to perform his duties as such but any other politically related activities in connection with the primaries are on hold until such a time the party will direct otherwise.”