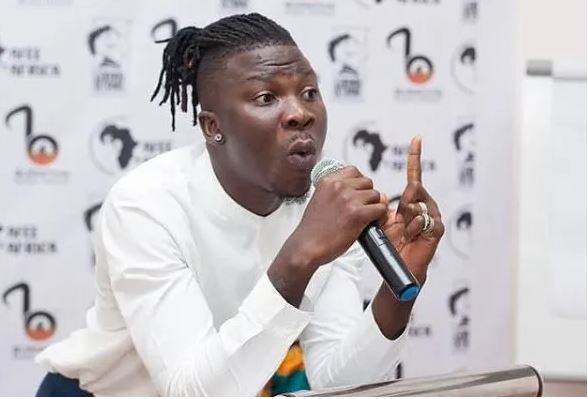 I have no ill will against Black Sherif – Stonebwoy

Dancehall artiste, Stonebwoy, has denied claims that Black Sherif refused to work with him on a song.

Describing the ‘Kwaku the traveller’ hitmaker as a younger brother, Stonebwoy, said they have been on good terms and respect each other.

“I was in a studio in New York where we were all rocking to the ‘First’ or ‘Second Sermon’. So, there was a friend of mine who is a producer and a top Jamaican performer; I felt that was a fantastic opportunity for them to do something together. So, I reached out and told him [Black Sherif] these are my people who want you on a jam. It wasn’t even me wanting him on a jam, and even if I did, what’s wrong with that? Let nobody put me in certain situations. I be senior man,” he said.

Known in real life as Livingstone Etse Satekla, the artiste explained that he had been in the music industry long before Black Sherif and therefore regarded him as a younger colleague and a brother.

“I have been in the industry for long and I’m intuitive as well, his respect is genuine, and I reciprocate it similarly, so there’s no ‘wahala’ between us,” he stressed on Asaase Radio.

Stonebwoy recently signed a deal with  Universal Music Group and is currently promoting a single ‘Therapy’.