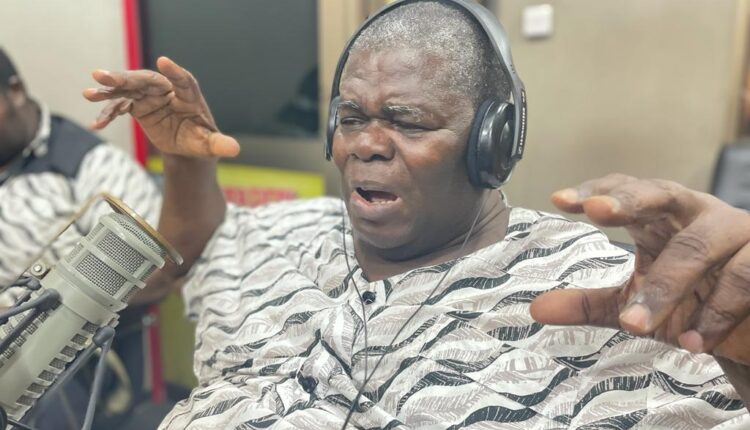 According to him, he invested all the money in a business that would require time to yield benefits.

His response follows a leaked audiotape he sent to media personality MzGee in which he was heard begging for food.

TT said he was hard up and desperately needed support to survive because his investment would not yield instant dividends.

Besides the donation from Dr Bawumia, the Greater Accra Regional Minister, Henry Quartey, also pledged a monthly stipend of GHC1,500 for the actor.

Several commentators have criticised TT for his continued beg for alms.

In his explanation, he said:

“I sat down quietly, and taking note of the situation, the whole world has got their eyes and tongue on the money so I should be very careful how I use that money. So what did I do?

“Land has become very expensive now, where we are, and I hear other places, right now, a plot of land is costing GHC30,000 cedis. So, I got two plots of land which I paid for one with cash straight away. I’m yet to pay for the other one”.

He continued: “My son says he wants to be a driver, he’s been to driving school but for two years he’s been at home and he was becoming frustrated. So I told him something will happen. I will buy him a car. Meanwhile,I didn’t know where the money was going to come from. So, when the Vice President gave me the money, after putting that 30,000 Cedis in that plot of land, I used the remaining 20,000 cedis and said this is the time for me to do something for my son. So, I bought a Ghana-used taxi in a very good condition for him. He has now registered at the station where we are and he plies that road.

According to TT, many benevolent individuals have stopped offering him help since they heard of Dr Bawumia’s gesture.

He further lamented on the inconsistency of Mr Quarter’s monthly aid, indicating that he received it only once.

TT pointed out that the minister has been unreachable as he was told that he had travelled outside the country upon follow-ups at the ministry.

MzGee did not leak the audio

Since the tape started making rounds in social media circles, some persons who found it demeaning, condemned MzGee for leaking the tape.

MzGee, has refuted such claims with an explanation that she sent the audio to only one person at the Office of the Vice President confidentially.

“Ghana! Herrrh! Christ me! We forget too easily! Same me,who broke story of T.T’s predicament, almost a year ago? Same me, who put my reputation on the line and appealed for funds for T.T, almost year ago, leak our private conversation? How gullible can I be but it is well!” she tweeted.

TT believes MzGee is innocent and has subsequently called on the public to stop criticizing her.

“So on this particular day, I just sent her a WhatsApp message but I didn’t hear from her, so I thought maybe she would be busy or something. Just last Monday night, she called me and said when I sent the message she was in Nigeria and so she sent the message to somebody to see if the person could be of assistance; specifically, she said she sent it to her husband,” TT revealed.