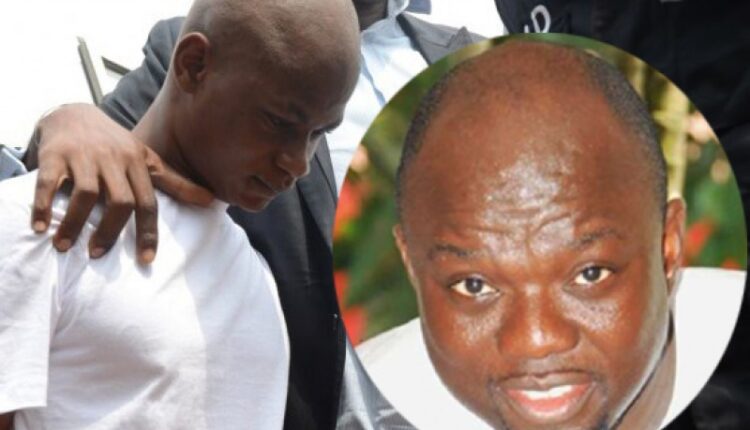 “I know nothing of JB’s death, nor do I know the persons behind it”.

These were the words of the driver testifying in the trial where his boss, former MP for Abuakwa North, was murdered in 2016.

Samuel Berko Sarkodie appeared to have had enough of the ploy by counsel of the accused persons Yaw Dankwa to blame him for his boss’ death.

He maintained that he was only in court, to tell the truth.

Sarkodie said together with other domestic workers, they were interrogated by the police and discharged after the murder.

Counsel for the accused person, however, doubted the word of the witness.

He was convinced that it was either the driver or someone in the house who had attempted to kill the late JB Danquah and not the accused persons.

Per the defense counsel’s argument, the driver was trying to blame innocent persons for the crime he (driver) himself had committed.

It was the case of Mr Dankwa that there was no way an intruder could have known there was a ladder in the house of the deceased for the accused persons to scale the wall and have access to the bedroom of the deceased.

This, according to the defence counsel, was information only the driver and other domestic workers in the house could have known.

After attempts to get the driver to succumb to the pressure, the defence counsel asked the first accused person Daniel Asiedu also known as Sexy Don Don, to stand to his feet.

Daniel Asiedu, who was in his white long sleeves and brown trousers, proudly got up from his seat and walked a few steps out of the dock to where the lawyer had pointed.

The defence counsel then asked the witness to take a critical look at the accused person.

Daniel Asiedu, with a sinister look in his eyes, smiled softly as though he knew the next line of question his defence counsel was going to ask.

Mr Dankwa explained with the size, weight and height of the late Abuakwa North legislator; there was no way the accused could have overpowered him.

The driver, at this point, sought solace from the holy book. Sarkodie, who chose to give his testimony in the local dialect, said, “Even small David was able to overpower Goliath and kill him.”

His words drew a raft of laughter from court patrons.

The accused persons — Daniel Asiedu, also known as Sexy Don Don, has been charged with murder while Vincent Bossu faces a charge of abetment.

The duo has, however, maintained their innocence.

Here are excerpts of the exchanges between counsel for the accused persons. Yaw Dankwa (YD) and the first prosecution witness Samuel Berko Sarkodie (SBS).

YD: How tall are you?

YD: Is it fair to say you are slightly a bit heavier and taller than the late JB Danquah?

SBS: I will be a little taller than him, but we have the same stature

YD: For the last three days, you have seen A1 (Daniel Asiedu) in the dock, is that correct?

YD: You will agree with me that A1 (Daniel Asiedu) is nowhere near the size, weight and height of the deceased and even yourself?

SBS: That is true

YD: I am putting it to you that the stature of JB Danquah is such that A1 cannot overpower him in a struggle. Is that so?

SBS: With this, I would want to say something, even in the bible, David overpowered Goliath, so his size doesn’t matter

YD: You will agree with me that a person of your size and yourself, in general, can fight a person like JB

SBS: I cannot fight with my boss, the person who pays my salary

YD: For a person to enter the bedroom of the deceased from outside in that timely manner, he or she must be someone who knows the house very well?

YD: I am putting it to you. For a person to enter the house and commit the crime, it must be someone who knows the house?

SBS: As I said, I cannot tell

YD: You are one of the persons who know the house very well since you have worked there for four years; you know where his room is and where he stands on the balcony to throw you the keys, so I am putting it to you that you can commit the crime?

SBS: This matter is very funny. I never said I know the house very well. I have never entered the house or room. If you take me to the house and tell me to take you to his room, I cannot tell where to even go. The place he stands to throw the keys from, if it is his hall or bedroom, I have no idea. There was something I left out in my earlier submission; sometimes the key is brought to me by Jennifer.

YD: You seem to forget a lot of things

SBS: Yes, that is true, I was around 65 there, and the matter happened years back

YD: I am putting it to you that age is immaterial, and the passage of time does not take away the fact something has happened

YD: When you went to the house that night, you said you were told what had happened and that the person had used a ladder to enter the room, is that correct?

SBS: That was what I heard

YD: And you will agree with me that a complete stranger who has no access to the house will not know that there is a ladder in the compound, is that correct?

YD: I am putting it to you that you and other people whom you know, know the house well and committed that heinous crime?

SBS: That is not true

YD: I am further putting it to you that the killing of this innocent man was not committed per chance but was done in a well-orchestrated manner and that your attempt to take yourself off the crime has failed because you cannot give a proper account of where you were during the time JB Danquah was killed. The timelines of your whereabouts are sketchy, fuzzy, cloudy and non-existent.

SBS: I cannot tell if it was planned, that I do not have knowledge of. It sounds like a story to me. It is not true.

YD: As a driver, were you aware that someone else (a lady) also tried to harm him in a hotel. Were you his driver then?

SBS: I am not aware

YD: I am finally putting it to you that you have come here to present yourself as an angel, but in fact, you are not. You are living with your conscience of what you and the others did to this man who has provided you with your living, and you have come here to testify against an innocent person who knows nothing about this crime

SBS: I was called to come and testify. I am not here to present myself as an angel, and the truth is exactly as I have said. Secondly, I know nothing about the death of JB.

The first prosecution witness has since been discharged by the Accra High Court. The next witness takes the stand on May 4, 2021.