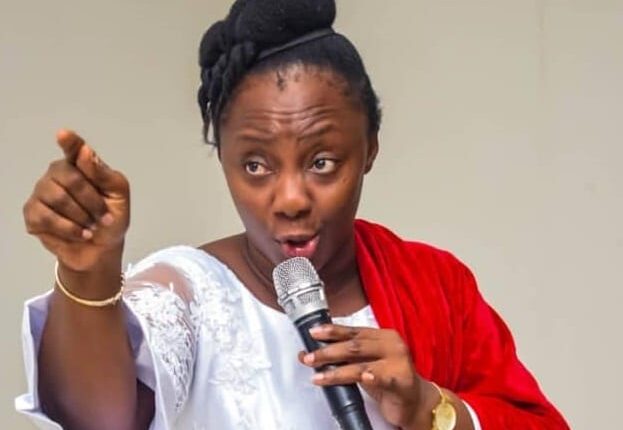 Counsellor Pastor Charlotte Oduro won’t push her daughter to marry a pastor until God mandates it.

The cantankerous counsellor and lady of God responded, “If that’s God’s will, then be it.” I won’t urge her to do so physically.

Pastor Oduro said she would also explain to her daughter what marrying a pastor entails, and if she can handle it, she can do so.

Some men of God neglect their families to appease churchgoers, she claimed.

”Some pastors give their members more care than their family. They do so, especially with people who have money. What they say is what he listens to. He gives all the attention to the members and does not even have time for his wife. Some p[astoprs can maltreat their wives because of some members they are associated with.”

Marriage to a pastor, in her opinion, is difficult, but with God and prayers, one can survive.

“Some pastors have neglected their families and believe the church is their family. A godly man whose family is safe would see his church flourish. If your wife, children, and home are content with you, the church will thrive.”