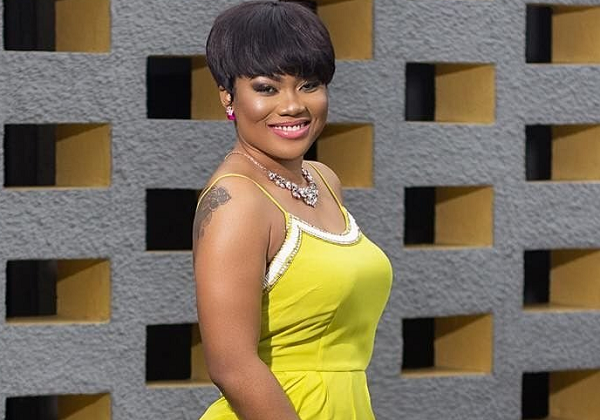 When news of actor Lilwin’s marriage to his US-based girlfriend broke last week, one person people thought would be nursing a broken heart by now was Kumawood actress Sandra Ababio.

But Sandra, who is rumored to be Lilwin’s squeeze, is far from suffering from a sore heart, she is rather happy for her good friend and wishes him a blissful marriage.

In an interview, Sandra said she was fed up denying they had never been an item so she could not be sad if Lilwin was off the market.

“I am not dating Lilwin and I have never dated him, congratulations to him, he just got married to his long-time girlfriend in the US and she is beautiful. May God bless their union and I wish them the very best,” she said.

Throwing light on how the rumours of them being in an amorous relationship started making the rounds, Sandra said “Well, I was new in Kumasi and he was more than a friend to me. He showed me round Kumasi.

“In fact, he was the one who took me to Kumasi and we did everything together like go on set together, among others, so that probably sparked the rumours.

“You know, we live in a society where a man cannot be just mere good friends with a woman so when they saw us together most of the time, they concluded there was something going on between us, we are just good friends,” she added.

Talking about her acting career, Sandra disclosed that it all started in Nigeria, “I have always had a passion for acting but that heightened when I started watching Nigerian movies. Back then, the DVDs had information of the production houses so I contacted a number of them and Oyin Productions invited me over for an audition.

“I was then working with a radio station, XFM but I decided to switch that for acting. So I started acting in Nigeria in 2013 but there was a little break in 2014. I, however, picked up from where I left in 2016 but this time with Kumawood”, she recalled.

Some of her movies include Kingdom Desporados, a Nigerian production, Nipa Nua Ni Nipa, John and John, Fraud Game, Obi Ntise3 and others that she couldn’t readily remember.

On challenges in the industry, Sandra said, “For me, I will say one major challenge in the movie industry is the ‘supremacy war’ where everyone wants to be at the top resulting in backbiting and the ‘bring him down syndrome’.”

Giving her views on the current movie industry, Sandra said, “The industry is a bit stagnant, it is facing a transition which I think came as a shock to every industry player.

On her future plans, she disclosed she could see the name Sandra Ababio bigger and better in the next five years.

“There are so many things that I am working on but because I don’t live my life in the public space, I prefer to keep things to my chest and when the right time comes, I bring them out for all to see.

“However, in the next five years, Sandra Ababio is going to be huge because there are so many things in the pipeline my team and I are working on,” she concluded.