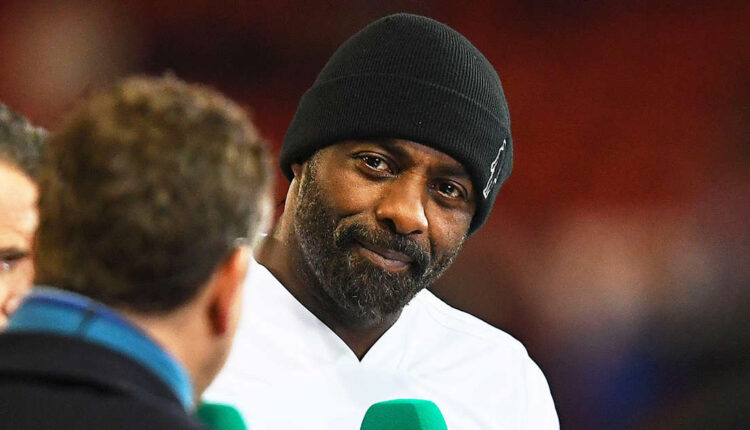 Idris Elba is speaking out against the ongoing epidemic of knife violence in London.

The Golden Globe winner, 49, supported Arsenal F.C. at Sunday’s match against Nottingham Forrest for the Emirates FA Cup, donning an all-white jersey from the team’s collaboration with Adidas for the No More Red campaign.

“It’s absolutely in response to the knife crime crisis that we’ve got going on,” Elba said. “Last year, 30 kids — and I’m going to say ‘kids’ — died senselessly over knife crime. And the year before that, the year before that, it’s an ongoing problem. Ian [Wright] and I teamed up with Arsenal and Adidas to make a point and say something about it.”

He serves as a mentor for the initiative, which “aims to tackle the root causes of youth violence and provide safe spaces and opportunities for our young people,” according to Arsenal’s website.

“No More Red literally means ‘no more bloodshed.’ That’s what we’re going for, just to put it out there, no more bloodshed. We can do something, football is watched by teenagers, we all joined football as a teen, as kids, and it spoke to us,” Elba added. “So, we’re using the innovation of the partnership to say, ‘Hey guys, how can we make a stand against knife crime?'”

Elba also advocated for youth centers and safe spaces to combat the knife crime crisis. “We’re never going to stop gang culture, that’s not the aim. But we want to give an alternative,” he explained.

The Luther actor clarified that the Adidas jerseys are not for sale, while pairing his with a hat from Don’t Stab Your Future, a campaign he started two years ago. “It’s not subtle, it’s not meant to be,” Elba said of the campaign. “I want kids to think about their future.”

More adolescents in London died by homicide in 2021 than any point in the past 18 years, with a quarter of the city’s 122 victims being teenagers despite only making up 8 percent of the city’s population, according to BBC News. Of the 30 killings, 27 were stabbed to death, two were shot, and one died in an arson attack.