Despite publicly pulling out a gun thrice, Stonebwoy insists he is not violent.

He says he is just tough.

Dancehall artiste attributed his toughness to the environment he grew up in, Ashaiman, a settler community in the Greater Accra region.

The 32-year-old  ‘Putuu’ singer said “Ashaiman where I grew up you necessarily have to have some big boys who will train you” he said on Metro TV’s Good Evening Ghana Tuesday.

“Some of the principles I use today in life is from there. A lot of things I know today that Ashaiman taught me,” he said in the interview, monitored by theghanareport.com.

At the 2019 Vodafone Ghana Music Awards, Stonebwoy pulled out a gun during an altercation between him and Shatta Wale. 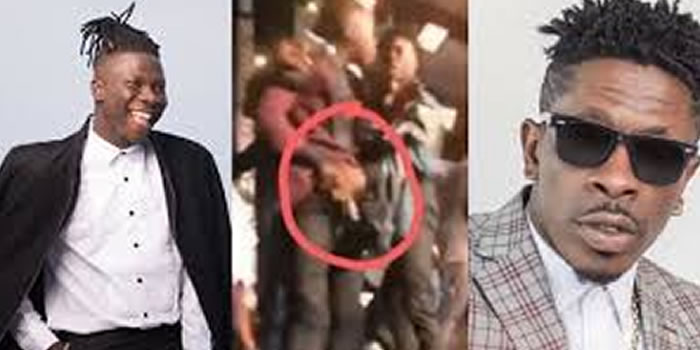 An incident that got both musicians expelled from the award scheme and stripped of their previous awards.

Again, at the rehearsal session of Sarkodie’s “Black love concert” in August 2020, the dancehall artist is reported to have pulled out a gun and physically assaulted the rapper’s manager, Angel Town.

In March 2018, the dancehall artist pulled out a gun at artist manager, Bulldog, at Paloma hotel.

The artist manager had gone to the hotel to collect a vehicle given to Stonebwoy when he was signed by Zylofon media.

Why Captain Smart was suspended by Angel FM