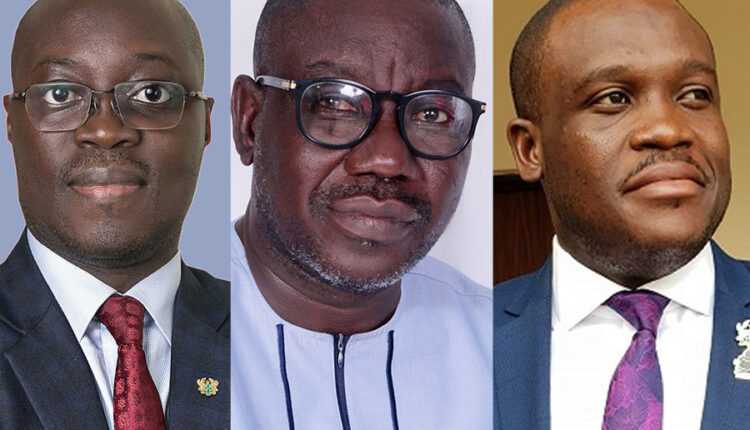 The Minority in Parliament has reacted to the government’s intention to begin formal engagements with the International Monetary Fund (IMF) for economic support.

For the plain-spoken lawmakers, the government had delayed since the country’s economy had not been in good form for many months.

“I am glad that finally, the NPP government has taken the decision to go to the IMF in a way that Ghana can get the programme obviously to implement, that will, in the long term, bring about the economic stability that we want.

“I have always said that Ghana first. First a Ghanaian, and second a politician. I want to reiterate the fact that this administration has unfortunately delayed too long; it has taken them too long to take a very simple decision and to work very hard to get the programme,” the MP for Ajumako-Enyan-Esiam Constituency said in an interview.

The Deputy Ranking Member of Parliament’s Finance Committee, Isaac Adongo, was of the view that the government’s decision not to seek an IMF bailout early would make negotiations difficult.

Mr. Adongo said the government would be negotiating from a place of vulnerability since it allowed many things to run around before seeking the help of the IMF at the eleventh hour.

“The Programme led by Ken Ofori-Atta will be meaningless. It will be an exercise in futility. They will have no commitment to the very milestones that will be agreed upon. The IMF, the World Bank, and the multilateral institutions are quite clear about the status of Ken Ofori-Atta in any such arrangement. And so to ask him to even lead the process smacks of some level of hypocrisy and a government that is indecisive,” Isaac Adongo indicated.

On his part, the MP for Ningo-Prampram, Sam Nartey George, tweeted stating, “We are officially going back to the IMF for a program. Finally, common sense is prevailing,”.

We are officially going back to the IMF for a program. Finally common sense is prevailing. 🦁🇬🇭

The government is scheduled to engage the International Monetary Fund (IMF) to provide support for a programme to reverse the economic challenges of the country.

The country is faced with high debt, low revenue, rising inflation, steep depreciation of the cedi against other major currencies and a general rise in the cost of living attributed to external factors such as the Russia-Ukraine war and the COVID-19 pandemic.

The government had indicated that it wasn’t considering a program from the Bretton Wood institution after 16 bailouts from past governments.

However, after a Cabinet meeting on Thursday, 30 June 2022, President Akufo-Addo has given the green light for interactions to commence.

“The President of the Republic, Nana Addo Dankwa Akufo-Addo, has authorized Finance Minister Ken Ofori-Atta to commence formal engagements with the International Monetary Fund (IMF), inviting the Fund to support an economic program put together by the Government of Ghana.”

“This follows a telephone conversation between the President and the IMF Managing Director, Miss Kristalina Georgievs, conveying Ghana’s decision to engage with the Fund,” a statement issued by Mr Oppong Nkrumah said on Friday, 1 July 2022.

“The engagement with the IMF will seek to provide a balance of payment support as part of a broader effort to quicken Ghana’s build back in the face of challenges induced by the Covid-19 pandemic and, recently, the Russia Ukraine crises.”