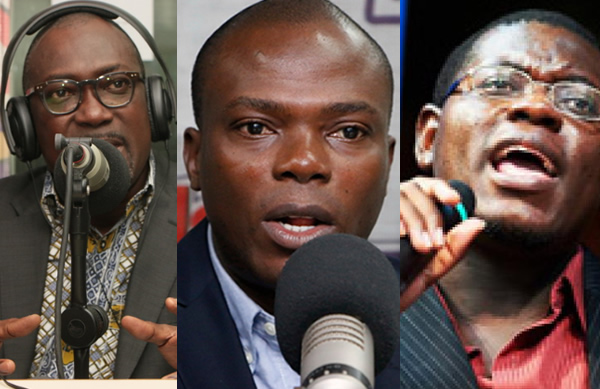 With 11 months to Ghana’s next general election, some governance and media experts are worried about the rising phenomena of partisan operatives on social media paid to silence critics.

In a discussion monitored by theghanareport.com, Mr. Braimah pointed to a report claiming some 700 NPP supporters have been assembled into a social media team and put on an allowance.

He said the opposition NDC realizing it has ceded the social media space to the governing party has also begun “massively” recruiting.

Mr. Braimah described the behaviour as “vigilantism in the cyberspace.”

By using the word vigilantism, he was referring to a menace perpetrated under the NPP government in which its supporters violently harass government appointees to force decisions favourable to their cause.

It is to communicate to their critics a certain “shut up and be safe” attitude towards topical issues, he said.

They mass up under a critical Facebook post, not to engage “the facts of the matter” but “it is about who your comment goes against or goes after” Mr. Briamah explained.

He said he has observed the activities of partisan social media vigilantes on the Facebook wall of the host of the show, Samson Lardy Anyenini.

Mr. Braimah was joined by Professor H.K Prempeh who said: “I have also witnessed a certain growing hostility towards independent thought.”

The CDD-Ghana Executive Director described them as “surrogates” with “a perverse sense of patriotism.”

He said on topical matters, there is often no room for any moderate position. “It is black or white not grey,” he said.

Tech innovator Bright Simmons who is Vice-President of policy think tank IMANI Africa also indicated he is no longer on Facebook because of the nature of partisanship on social media.

When reporters and news presenters come out to complain about abuse, “paid propagandists make light of the experience of journalists”.

“There is a quick reaction to trivialize their experiences”. Investigative journalist Manasseh Azure Awuni was flown to South Africa after his security was threatened over a controversial documentary.

JoyNews reporter Latif Iddris who was severely beaten in front of the Police headquarters in Accra has still not obtained justice or compensation.

An undercover journalist with an investigative agency, Tiger Eye PI, was murdered in January 2019 but there have been no prosecutions.

“We must be worried,” Prof. Prempeh said, “we are losing some of the things we were really well known for”, he referred to the deteriorating media environment.

The governance expert said Ghana’s brand on the international scene is hinged on its peace and freedoms including press freedoms.

If tourists flock to Ghana, it is “not because we have the best flora and fauna” he said.

MFWA Executive Director Sulemana Briamah revealed, there has been at least 59 incidents of attacks on journalists by 2019.

Under the previous Mahama government, there were 44 incidents. During the Mills administration between 2009 to 2012, there were 56 incidents.