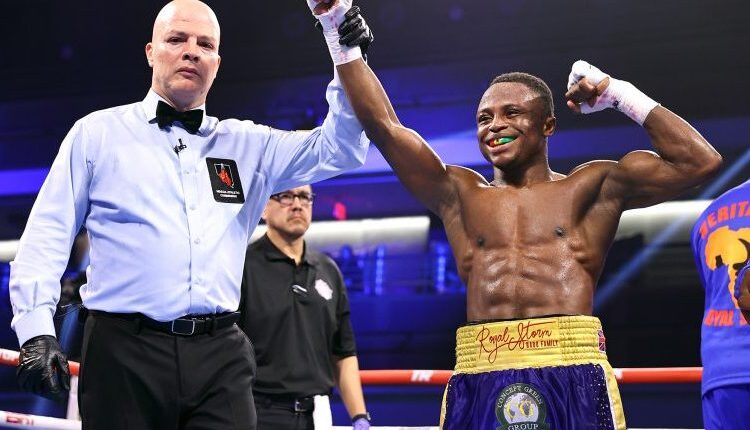 Ghana’s Isaac Dogboe returned to winning ways to secure a shot at the world title when he beat Puerto Rican boxer, Christopher Diaz, in Las Vegas on Saturday night.

The bout which was the final undercard of the Terrence Crowford and Shawn Porter clash saw Dogboe win in a split decision after a very close contest.

The two boxers went at each other from the start of the bout and managed to give the audience exciting moments throughout the scheduled 10 rounds.

What was however noticeable was an improved Dogboe on his hand speed and counter-punching ability giving him an edge over the opponent and ultimately winning via the cards.

The victory was former super bantamweight champion’s 3rd on the bounce since he lost the title to Emmanuel Navarrete and has since launched for a second world title.