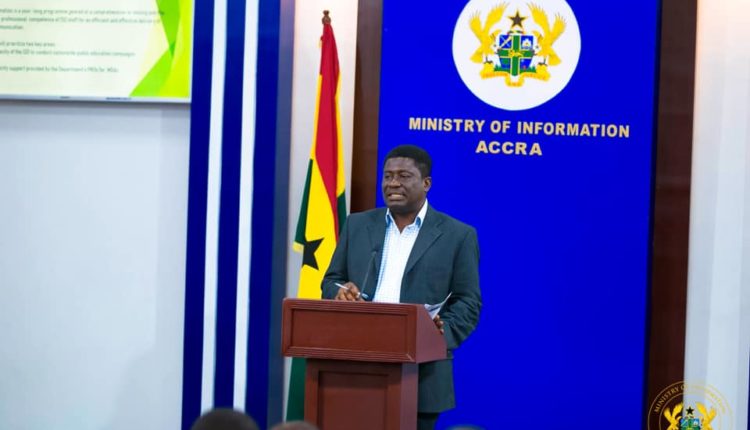 The Ministry of Information is restructuring the Information Services Department (ISD) to respond to current development communication strategies tied to its functions.

This was announced by the Acting Director of ISD, Mr. Charles Wereko, at the department’s second Public Relations Officers (PROs) Home Coming meeting in Accra on Tuesday.

Mr. Wereko explained that the specific objectives of the restructuring were to review divisions of the ISD to proactively and aggressively deliver government communication; re-position ISD to implement the Right to Information (RTI) by setting up offices which would be manned by RTI officers; refurbish all ISD facilities; restart the production and screening of government documentaries and rebrand the ISD to make it more effective and relevant to needs of the time.

He said the review would increase the divisions of the department from five to seven. He added: “New divisions such as Public Education (which has the Marketing, District Information Offices, Regional Information Offices, Liaison Office and Audio-visuals as sub-division), RTI, Human Resource (which was decoupled from F&A and has a Career Management Unit responsible for evaluation of work and recommendation of posting) and the Media Coordination have been added.

Mr. Wereko said the provisional budget for the restructuring is GH¢ 138 million, adding that a greater part of the budget would be used for retooling and refurbishment — which included the purchase of 300 cinema vans, salaries for RTI officers and the purchase of equipment such as computers and cameras.

He added that part of the budget would be used to re-brand the department with a focus on the training of ISD officers to imbibe in them values of credibility, professionalism, excellence, innovation and commitment and the physical structures of the department.

The Deputy Director in charge Public Relations Coordinating Division (PRCD) of ISD, Madam Ethel Cudjoe Amissah, reiterated that one of the functions of the PRCD which was to collate and process reports on government policies, programme and activities from the PROs and submit them to the Minister for Information.

She, therefore, urged the PROs to submit their reports on time and to also give fore-knowledge of upcoming programmes at their various MDAs.