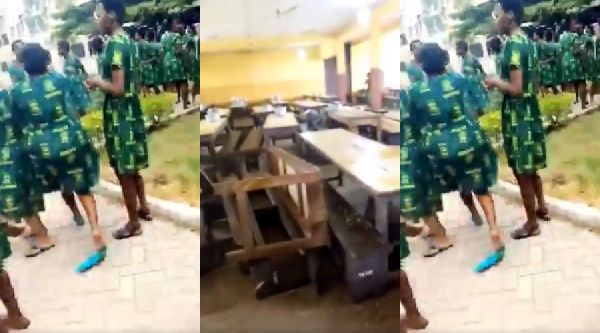 Isolated disturbances should not mar integrity of ongoing exams – WAEC

The West African Examination Council (WAEC) says the pockets of disturbances reported in some senior high schools in the country should not mar the integrity of the ongoing examinations.

While condemning the actions of the students who engaged in examination irregularities, the Public Relations Officer for WAEC, Agnes Teye-Cudjoe, stressed that the isolated incidents should not be the benchmark for measuring the entire examination.

“Let’s bear in mind that this examination is being conducted for 979 schools nationwide. We are recording these cases in only a few schools. So their action should not mar the good thing being done.

“Other candidates have comported themselves. Our teams have been around some of these centres and the candidates are adhering to all the safety protocols so these cases should not mar entirety of the exams,” she said in a Citi FM interview monitored by theghanareport.com.

Madam Teye-Cudjoe has argued that the pockets of incidences should not overshadow the overall compliance since the commencement of the exams on August 3, 2020.

She also assured the general public that the examination council was committed to ensuring that the integrity of the certificates were maintained at all times.

Final year students in senior high schools across the country began their final examinations on August 3.

The near-daily protests led to some injuries and destruction of public and private property.

The first school to lead the chaos was the Tweneboa Kodua Senior School at Sekyere Senior High School in Sekyere Kumawu in the Ashanti Region.

On August 3, the students protested against their headteacher, John Asante Bawuah, for being too strict in the examination hall.

The last to join the chaotic league was a private school in the Eastern Region, Bright Senior High School, who had a brawl with WAEC invigilators and journalists.

The GES, in a swift reaction to the pockets of disturbances that characterised the ongoing West African Senior School Certificate Examination (WASSCE), barred 14 final year students from writing the examination forthwith.

In addition, three teachers were barred from invigilating the examination awaiting the conclusion of investigations into their alleged roles in some of the reported cases.

The authority also directed that all students who were in schools where destruction of school property occurred were to be surcharged for the full cost of the damage.

The teachers are Thomas Anokye of Tweneboah Kodua SHS;  Joseph Andoh of Sekondi College, and Evans Yeboah of the Kade Senior High and Technical School (SHTS).

According to GES, the directive was to serve as deterrence and to ensure that life and property were protected in the schools.

But some education-oriented groups’ complained that the sanction meted out to the students were too harsh.