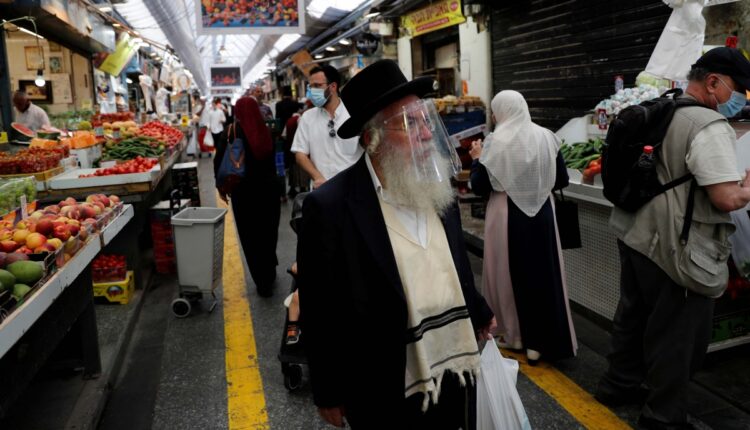 Israel will head into a second coronavirus lockdown, Prime Minister Benjamin Netanyahu announced in a televised news conference Sunday night, following a sharp escalation in the number of new COVID-19 infections in the country in recent weeks.

The lockdown, which requires schools, stores, malls and hotels to close and reinstates restrictions on people’s movements for at least three weeks starting Friday, marks an attempt to halt the trajectory that saw more than 4,000 new cases in a single day last week in a country of some 9 million.

“Our economy is still in good shape,” Netanyahu assured the public Sunday, pointing out that Israel’s rising numbers mirrored what was happening in many other countries and reflected the challenge of reopening society and the economy after the first lockdown in March and April.

Ultra-Orthodox Jews clash with secular Israeli officials over coronavirus measuresIsrael began reopening in early May, even sending children back to school before the summer vacation to allow parents to return to work. Now, Netanyahu said, the worrying trend of recent weeks has caused the “health services to raise a red flag” and forced the government to adopt the recommendations of recently appointed coronavirus czar Ronni Gamzu, who had pushed for a full lockdown.

Although the number of critical cases appears low, medical centers in Israel have said they are approaching full capacity and fear that the number of sick will increase dramatically as Israel heads into winter and begins a month of Jewish holy festivals starting Friday.

“We are preparing in advance, closing down, so we can get out ahead of the virus,” said Netanyahu, who was due to leave the country shortly after the news conference for a peace summit with Arab leaders and President Trump in Washington.

Details about how the new restrictions will affect places of worship have yet to be approved, but he warned: “It will be a different kind of holiday this year. We will not be able to celebrate like we usually do with our families.”

But there are doubts that the public will be as attentive to the government restrictions and rules this time around. Some business owners told Israeli news outlets ahead of the announcement that they did not plan to close, even if the government ordered them to do so. Many have already been hit hard by the economic fallout from the pandemic, and mass protests have taken place in Jerusalem every week for the past two and a half months.

Some members of the ultra-Orthodox community have also threatened to ignore the lockdown if it restricts their ability to worship over the High Holy Days — Rosh Hashanah, Yom Kippur and Sukkot.

On Sunday, as the government debated the impending measures, Housing Minister Yaakov Litzman, who is ultra-Orthodox, announced his resignation from the government because of the expected restrictions on communal prayer.

In a letter to Netanyahu, he decried the fact that the lockdown would prevent worshipers, including tens of thousands of Jews who don’t usually attend synagogue, from joining prayers in the most important and well-attended Jewish services of the year.