Apparently, he is not finished. Well, he almost finished.

Michael Obeng was part of the St. Peter’s SHS team that tore opponents apart during the 2019 National Science and Maths Quiz.

And it usually began with him quoting a Bible verse.

He told Wesley Girls and the Tepa SHS teams ‘Fear not, stand firm… the Egyptians who you see today, you shall see them no more’, quoting Exodus 14:13.

The two teams were not seen again in the competition, dropping out at that crucial semi-final stage.

St. Peter’s who were the 2018 defending champions, had stopped Tepa SHS, the dark horses and called off the Wesley Girls’ SHS’ search for her first-ever NSMQ trophy. Wesley Girls’ status in the competition as “nearly women” remained intact.

And so at the grand finale at the national theatre in Accra, it appeared that who the eventual winner will be hanged not on the quiz mistress’ declaration. It was Michael Obeng’s.

He stood there, squinting his eyes, chiselling his face, arranging his jawbones to ‘stand attention’,  he charged with the confidence of a World War soldier in the Battle of Stalingrad.

‘It is written in the book of John 19:30 and when Jesus had taken the vinegar, he said three words, it is finished’ he intoned with no muscle to smile.

It sent a chill through the auditorium, many of whom would know the power of words as a central theme in the Bible and how a Jewish teenager, David, used words before smothering a giant bully, Goliath.

Michael’s words fired up a St. Peter’s support base in the auditorium as they roared at what they felt was a divine endorsement of a victory-in-waiting.

The St.Peter’s boys danced in the auditorium, waving stuffy, worn-out school clothes, with a remorseless reputation of being anything but odourless. 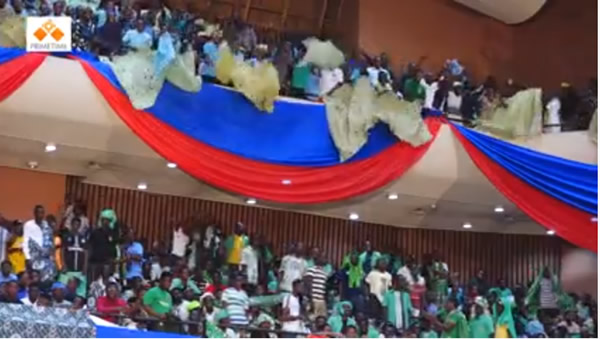 The boys, like Goliath’s army, scoffed at everybody else in the auditorium.

It was rather St. Augustine’s College who finished off St. Peter’s in a crushing victory over a powerful psychological attempt to sow seeds of defeat into the mind of their opponents who obviously felt God may be on the other side.

St. Augustine’s College pulled through to win a competition that had a powerful contender who appeared to believe his team had God’s exclusive support.

But schools are beginning to learn that you can do it and not die so to speak.

That by fielding second-year students, you give them an experience which actually improves a school’s chance of a better shot at success in the following year.

The Kumasi Anglican Senior High School (KASS) has adopted this strategy too. They are fielding some of their 2019 contestants in the 2020 edition- and their team is dangerous.

And so, Michael Obeng is back. Apparently, it is not finished. 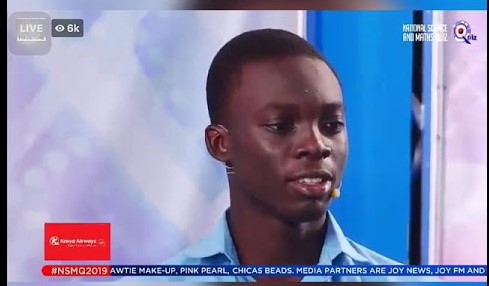