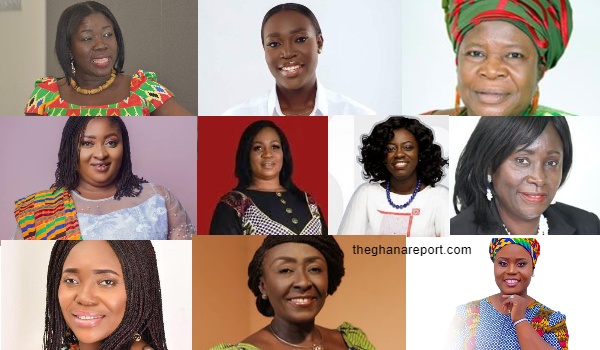 A total of 40 women, including 16 first term and 25 retained female lawmakers will be part of Ghana’s next Parliament.

The 2020 female victors will be three more than the 2016 figure–37. However, for the first time in Ghana’s history, the two leading parties have elected the same number of women to Parliament.

The 40 were among  126 candidates who contested the elections. The newly elected female MPs are just 15% of the 275 new legislators who will be sworn-in on the midnight of January 6, next year.

With the regional breakdown; Greater Accra has the highest with 15, followed by Central, 5; Ashanti, 5; Volta, 4; Eastern, 3; Upper East, 2; Ahafo, Oti, North East, Savannah, Western and Bono East regions have one representative each.

Of the 136 female candidates, 40 were from the NDC and 29 from the NPP; the remaining 67 were from smaller parties or were independent candidates.

Theghanareport.com brings you a breakdown of the 2020 representation

Despite these gains, significant obstacles remain for women seeking elective office. Although Ghana’s constitution mandates that all appointed and elected bodies do not discriminate against women, very few women occupy elected office in the country.

In a country in which politics is male-dominated, cultural, economic, and political factors discourage women from participating in the nation’s electoral process. These factors include inadequate support from political parties (particularly in the primaries), a lack of financial resources and gender stereotyping.

In the first two years of his presidency, Nana Akufo-Addo made commitments to the passage of an Affirmative Action Bill in his State of the Nation Addresses.

But two years down the line, the bill is still in Parliament less than 25 days to the end of the tenure of this Parliament.

Parliament will resume on December 14.