The opposition National Democratic Congress (NDC) has accused government of its “intimidation” of police officers who have demanded non-interference in their work.

The party says the arraignment of a top cop, ACP Dr Benjamin Agordzo for alleged abetment of a coup plot and the invitation of tough-talking officer, COP Kofi Boakye is a government pretext to crush dissent.

“We are convinced that these invitations and detentions are part of a grander effort to sully the reputations of these officers with the view to silencing them and ultimately removing them from their positions,” the General Secretary of the party, Johnson Asiedu Nketiah wrote in a statement, Friday.

ACP Agordzo who was put before the Kaneshie District Court on Wednesday had previously called for the de-politicisation of the police service by taking away the appointment of IGP from the President who is a political figure.

The NDC believes “for daring to demand professionalism and non-interference in the work of the Police Service,” Dr. Agordzo and other and officers like COP Kofi Boakye who have made similar accountability demands “have become the latest victims of a purge obviously intended to silence officers and men unhappy with the recruitment of suspected brigands into the Ghana Police Service to be used to harass and intimidate political opponents.”

ACP Agordzo is meanwhile, expected to appear in court Friday for ruling on the District Court’s competence to hear the case.

Prosecutors accuse him of drafting a protest speech for some alleged coup plotters and also donating GH¢2,000 to their course. 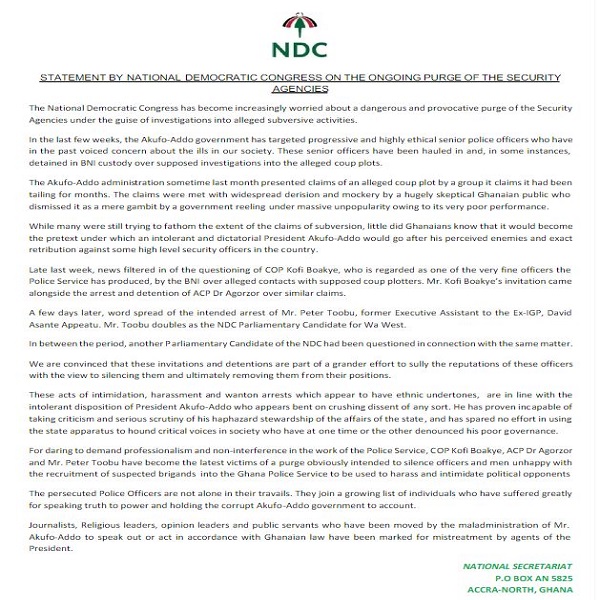 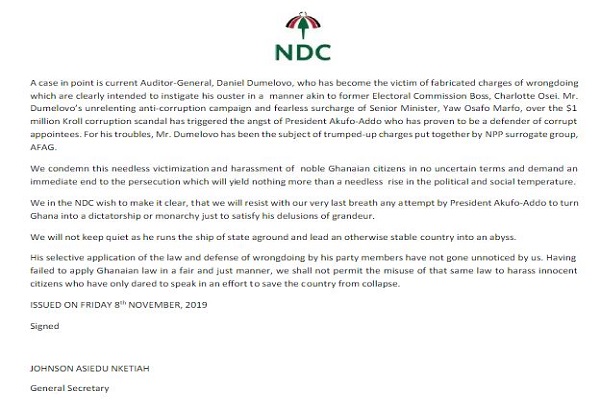