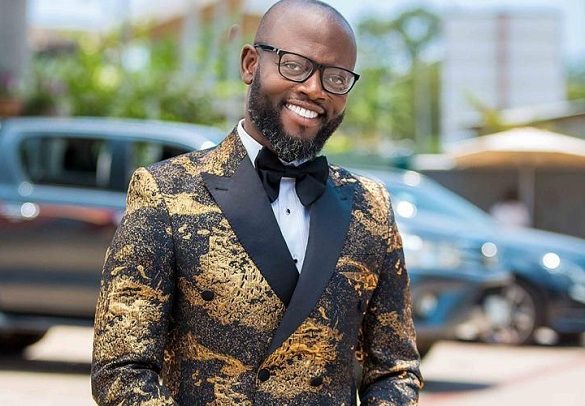 For a gospel musician to be actively involved in releasing hit songs for about three decades and not being properly recognised in any of the music award events is quite a strange occurrence.

But to legendary Ghanaian gospel musician, Alex Acheampong, that was never a concern, since he sees his music ministry as his part of the great commission.

“I have always seen singing as an avenue to take part in the soul winning business for Christ,” says Alex Acheampong.

According to the founder and leader of the Young Missionaries, one of the high points that encouraged him to do more for Christ was, when in 1996, his song, “Emmanuel”, took over the entire nation by storm, with countless number of testimonies, even till date.

In an exclusive interview with BEATWAVES, after winning two highly competitive awards at the recently held Ghana National Gospel Music Awards, the Energy Policy PhD holder admitted that indeed, it’s his year of awards. Alex Acheampong won both Adventist Vibrant Artiste and Gospel Song of the Year (Diaspora) with the song, ‘It Won’t Be Long’.

That not being enough, the father of two has had another three nominations, UK Based Gospel Artiste, UK Based Gospel Song (It Won’t Be Long) and UK Best Video, in the yet to be held Ghana Music Awards, UK.

He hopes to win in this awards scheme too and dedicate it to God, his family, lovers of his music, his church, the Bohyen SDA, Ghana and Reading Ghana SDA Church, UK. Asked as how his fans could access his music, the prolific songwriter said his songs are on the online stores, his YouTube page, Alex Acheampong and his Facebook, Alex Acheampong Music.

The ‘Aka Sima’ hit singer says he’s released a number of singles over the last few years, such as ‘Ebabamu’, ‘It Won’t Be Long’, ‘Nyame Aye Bi’, ‘Hu Me Mobo’, ‘AfaM’ani So’, ‘Me Ko’ and ‘Yennfa’, and is ever ready to minister on stages when invited.

He asked his fans to expect the release of more hit singles in the weeks ahead and to watch out for Ghana’s edition of “Emmanuel Praise”, his annual UK concert.