According to him, it is normal for men to cheat in marriage. He believes cheating comes with being a man.

“I think cheating is inbuilt for men. That’s what I believe,” he said while opening up on his cheating experience.

However, he was quick to add an apology.

“I am not proud I cheated on my wife, and I am not ashamed of it”. 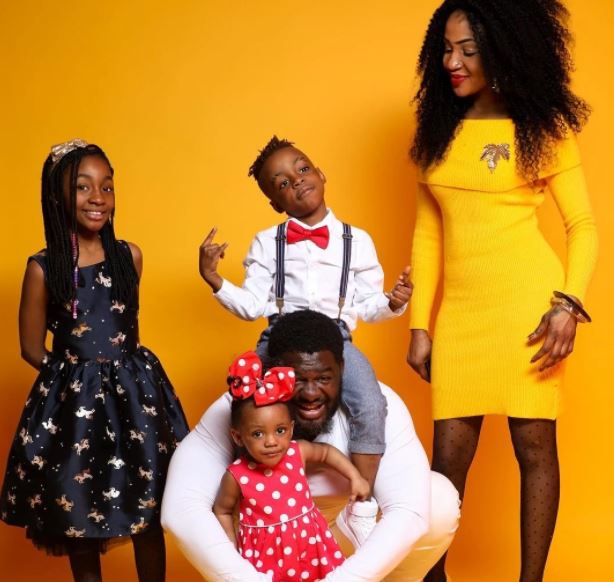 Explaining whether he would cheat on his wife again, Bulldog said, “I don’t know if I will cheat again. I just hope I won’t cheat on her”.

He was speaking in an interview on Starr FM which was monitored by theghanareport.com.

Bulldog is married to a Ghanaian lady based in Germany.

They have three children.

Bulldog has come under fire for many controversies, especially on comments about women.

He said in the past that it was impossible for male managers to desist from sleeping with their female artistes.

He also came under heavy fire when he suggested that a woman’s place was in the kitchen.

Most recently, he was hurled before an Accra High Court for comments deemed as threats against President Nana Akufo-Addo.

Hanson earlier denied the charge of “offensive conduct to breaches of the peace” and was admitted to a bail of GH¢ 70,000.

The new facts as presented by the prosecution were that the complainants in the case are citizens and regular viewers of the UTV programme dubbed “United Showbiz,” hosted by Nana Ama Agyemang Mcbrown live every Saturday between the hours of 9 pm and 11 pm.

Chief Inspector Apiorsornu said during the January 9th edition of the programme, the issue of Menzgold was raised, and Hanson quickly responded that “The President of the Republic, Nana Addo Dankwa Akufo Addo will not finish his four-year tenure if he failed to pay Menzgold customers.”

The Prosecution said on January 11, police intercepted the said video recording on the Facebook page of UTV, which attracted many comments from viewers who watched and heard the accused making those “unguided” comments.

In the course of the investigations, the Police requested the original video recording from UTV, and it was played to the accused, and he admitted having made those comments.

The Prosecution said the original video, which was in Twi and English language, was forwarded to the Ghana Institute of Languages for transcription, and the same was transcribed into the English language.