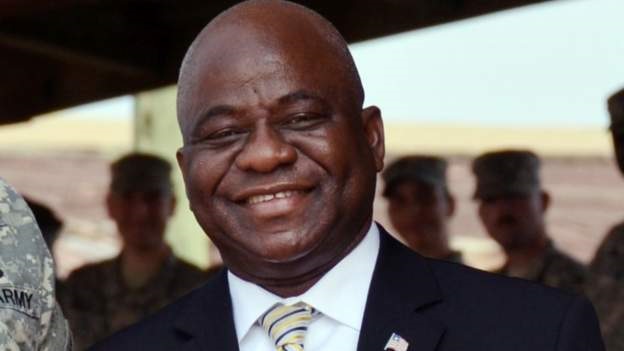 The Supreme Court of Liberia has ordered that a former defence minister be jailed for two years in connection with a corruption case.

Brownie Samukai and two colleagues were found guilty two years ago of theft and money laundering in a case involving more than $1m (£748,000).

They were given a two-year suspended sentence at the time and ordered to pay back half of the money within six months.

The jail term has now been imposed as they failed to make the payments within the stipulated time.

A judge said the trio must now pay back all the money – and would remain in jail after the two years if they have failed to do so in that time.

They had organised for money to be routinely deducted from soldiers’ salaries and placed into a private, not public, account, as part of a pension scheme, according to court records.

He is now part of the opposition alliance challenging President George Weah in next year’s elections.

Last year he was elected senator for Lofa county, but the corruption case has prevented him from taking up his seat.

As of late on Thursday night the men had not been apprehended.