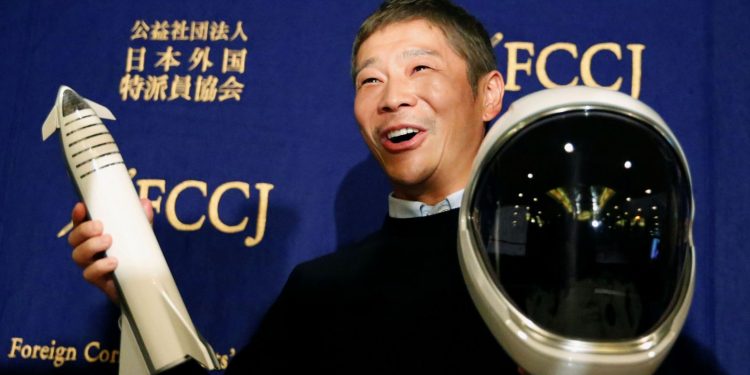 Japanese billionaire, Maezawa in search for a ‘girlfriend’ to travel the moon with, application ends January 17

A 44-year-old Japanese billionaire, Yusaku Maezawa, appears to be looking for a ‘special someone’ to join him as he becomes the first private passenger to fly to the moon.

Mr Maezawa is set to travel to the moon in 2023 on SpaceX’s first tourist flight.

But rather than go on his own, the Japanese billionaire wants to ‘visit such a special place’ with someone special, he says in an online post.

In a television documentary called Full Moon Lovers, he mentioned that he is looking for that ‘always positive’ person aged 20 or over.

His ideal candidate is someone who wants to enjoy life to the fullest and wishes for world peace.

They must be “interested in going into space and able to participate in the preparation for it”. 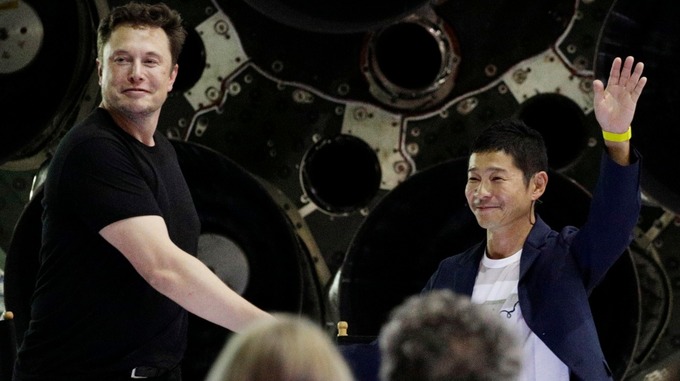 Mr Maezawa, who recently split from actress girlfriend Ayame Goriki, 27, is looking for a “life partner” with whom he wants to “shout our love from outer space”.

Selection starts on January 25-26, with dates happening in mid-February.

In March there will be “special dates getting to know Yusaku Maezawa”, with a final decision being made at the end of the month.

Mr Maezawa, who made his money from fashion retailer Zozo, is believed to have a net worth of £1.4bn.

In his online post, he says that “until now” he has “lived exactly as I’ve wanted to”, acquiring his “share of the money, social status, and fame along the way”.

He continues: “But now I’m restarting my life. I’m 44 now. As feelings of loneliness and emptiness slowly begin to surge upon me, there’s one thing that I think about: continuing to love one woman.” 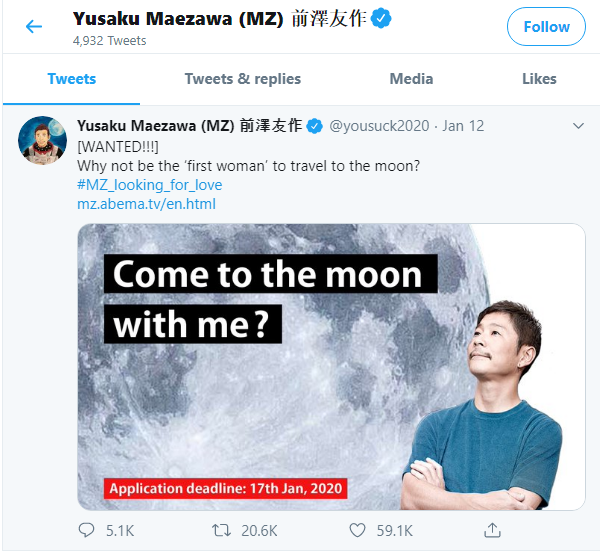 It is “something that I haven’t quite been able to do until now”, he added.

He has “a passion for collecting contemporary art, Japanese antiques, supercars, wine etc”.

Last year, he announced he was giving away £7m to his Twitter followers to spark debate in Japan about the merits of a universal basic income.